Bad Math: Why Budget 2014 fails to add up for women 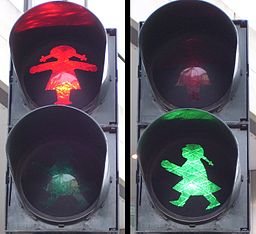 I like playing monopoly as much as the next girl. But I know the difference between monopoly money and what’s in my wallet. Not so Federal Budget 2014—at least not when it comes to public spending to improve the lives of women.

Status of Women Canada, the federal organization tasked with just this, has always had a laughably small budget. Consider that Status of Women Canada is mandated to promote “equality [and the] full participation in the economic, social and democratic life of Canada” of half the population. All that with an operating budget that amounts to $1.67 per woman and girl in Canada.

But wait, you say, doesn’t the Federal Budget promise to spend a whopping $150,000 “to increase mentorship among women entrepreneurs.” Well, yes it does. But here’s the part that doesn’t add up: federal support to Status of Women is scheduled to shrink by another $303,000 this year. Just to be clear, not only does the 2014 federal budget not add $150,000 to its already stingy purse for women, it actually takes $303,000 out. Maybe I need a new calculator, but that doesn’t add up to economic action to me.

It is little surprise that women are not the Canadians being connected to jobs by the Economic Action Plan. The federal budget’s job creation strategy is committed almost exclusively to connecting Canadians to jobs in the industries where women are least likely to work: construction, mining, engineering. And just to be clear, women want to work in these sectors. However, women seeking work in the extractive industry, for example, identify the same barriers as women in every other industry: a lack of childcare, a lack of flexible work practices and the lack of women in management positions.

Budget 2014 also touts the growth of high-wage jobs. Not so for women workers. Women’s employment incomes continue to fall 34% below the employment incomes of men. Even comparing full-time, full-year workers, women’s incomes are 20% lower than those of men. At the other end of the income scale, women make up two-thirds of minimum wage earners. Cutting public sector jobs and increasing private sector jobs is particularly damaging to women’s employment incomes, because the public sector is the one job sector where the gap between men’s and women’s wages starts to narrow.

So if there aren’t jobs in it for women and there isn’t any more spending for Status of Women, where is the action for women in Budget 2014? How about women in families? What about all that great tax relief that families (with women in them) are experiencing?

I’m so glad you asked.

And those tax savings that allow “Canadian families [to] keep more of their hard-earned dollars as a Result of the Government’s Actions to Reduce the Tax Burden”? Here’s how they add up. Blake and Laurie need to spend $2000 on eligible sports and art classes for their children in order to “save” $300 in federal taxes. Blake and Laurie also need to spend $53,550 in order to “save” $1,071 from a 2% reduction in GST. No wonder Budget 2014 puts “consumers first.” Blake and Laurie have to blow through $54,621 of their hard-earned dollars before they see those tax savings. Add up. To $3400.

Keep in mind that the real Blake and Laurie earn $95,790 only if they both work and they only realize the full benefit of child tax credits if they have two children. This means they are going to need childcare. Not to mention dental care and prescription drug costs for themselves and the kids. Leaving Blake and Laurie to cover their childcare costs directly, means they are going to be spending at least $9,000 per child/ per year. A federally subsidized, national childcare program could reduce that cost to less than $2000 per child/per year—a direct savings of $14,000 to Blake and Laurie. One that doesn’t require any additional spending on their part.

Well, they may be broke by the end of the year, but at least Blake and Laurie can count on Budget 2014 to make them safer. After all, Laurie and her daughter both have a 1 in 4 chance of experiencing sexual or domestic violence in their lifetimes. And Budget 2014 is committed to providing greater safety and security for Canadian families.

Government surveys suggest that 1.8 million Canadians have experienced spousal or sexual violence in the past 5 years alone. Intimate partner violence accounts for an estimated 25% of all police-reported violent crime in Canada.  These rates of violence have remained virtually unchanged for the past decade. Yet the safety and security of women receives scant attention in Budget 2014.

Instead, Budget 2014 allocates $162 million to the admirable goal of continuing support for the First Nations Water and Wastewater Action Plan. The only additional money earmarked for “safety and security” in fiscal year 2014 is a $4 million tax credit for search and rescue volunteers. While women will surely benefit from safe drinking water and support for search and rescue operations, this doesn’t come close to addressing the most significant safety and security issue that they face, not in the distant future but now.

Sexual and domestic violence costs the Canadian economy an estimated $334 per capita annually. Its economic impact is directly comparable to the cost of illegal drugs use ($262 per capita annually)—which merits a $45 million investment from Budget 2014. Yet no comparable investment in addressing violence against women is made. The only money that is directly earmarked to address violence against women and girls is the renewal of the 2010 commitment to spend $5 million per year to respond to the disproportionate levels of violence experienced by Aboriginal women and girls.

Budget 2014 does not spell out how this money will be spent, but if it is used as it has been in the past, the major share ($4 million per year) will go directly to the RCMP to support the costs of a missing persons database. The database is not exclusively concerned with tracking missing Aboriginal women and girls. Moreover, the RCMP itself has come under scrutiny by Human Rights Watch for “both ongoing police failures to protect indigenous women and girls in the north from violence and violent behavior by police officers against women and girls.”

At a minimum, if the federal government wants to increase security for women and girls in Canada, it needs a more coherent, comprehensive and better-supported plan for doing so. With millions of women affected, and a cost to the economy of over $9 billion a year, the toll of violence against women far outstrips any resources invested in ending that violence.

Women in Canada need their federal government to make real investments in removing the barriers that they face every day. We need investments in jobs in the sectors where we work, childcare that we can rely on while we go to work, and safe passage wherever we choose to go, whatever we choose to do. The result? Real action for Canada’s economy that really adds up for women.