On March 19th, we released the 2015 Alternative Federal Budget (AFB) and also marked the publication's 20th anniversary. Like every year, the AFB includes practical measures to improve Canadian’s lives. For the past two years, we’ve been running our AFB through a sophisticated income inequality simulation to see how our budget would affect poverty and inequality in Canada. This analysis allows us to see who benefits and who doesn't from various social programs and tax/transfer changes.

In the AFB, there are big gains for lower income earners clear through the middle class. Program spending is the biggest help, but targeted transfers also chip in. The top 5% does pay more, but while the dollar amount might seem big, it only amounts to 3% of pre-tax income for these families making more than $150,000 a year. 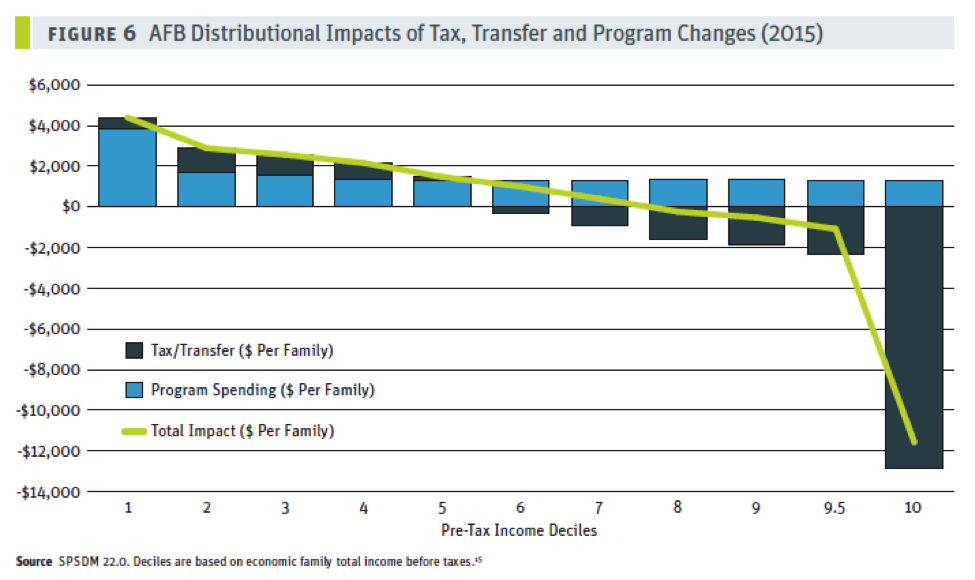 In contrast, the federal government's recently announced Family Tax Cut (a.k.a. income splitting) has the exact opposite distribution—the top decile benefits the most, by far. The working class gets nothing, and the middle class gets almost nothing. 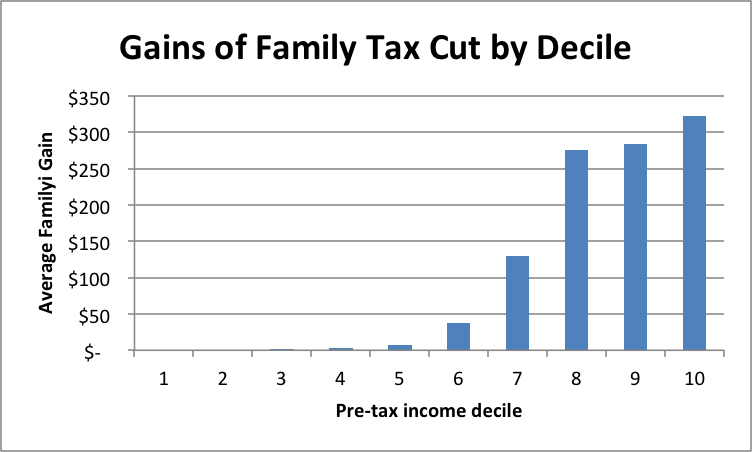 Federal policy should strive to lower income inequality, not make it worse. As we like to say around the AFB table, budgets are not just technical financial documents—they are the product of values and contain some of the most important choices that governments make. This year’s Alternative Federal Budget demonstrates that we can afford to make choices that would benefit the vast majority of Canadians, not just those at the top of the income scale.