A tough month for job seekers in Ontario

Unfortunately, 80% of those losses were in full-time work.

Involuntary part-time work in Ontario continued to climb in November: one third of all people who are working part-time in Ontario would rather be working full-time.

Going concern: Windsor remains home to the highest unemployment rate in the province at 7.9%, followed closely by Toronto at 7.5%. 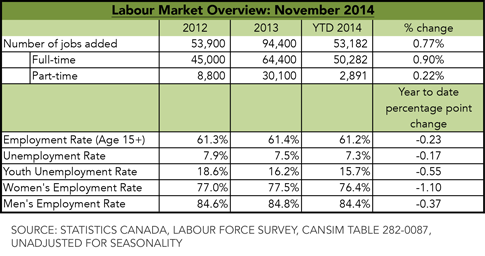