A reality check on a national carbon price

After years of waffling, Canada is finally moving forward on climate action, including the thorny issue of putting a price on carbon. Last December, Canada helped usher in the Paris Agreement, a new international framework to reduce the carbon pollution that is warming the planet. On the domestic front, federal and provincial first ministers agreed to the Vancouver Declaration on Clean Growth and Climate Change in March. Since then, discussions have proceeded in four working groups, with a target of finalizing a pan-Canadian climate action plan this fall.

What is not clear is how committed Canada really is when it comes to climate action. This past week has shown a federal government that is pulling in different directions: moving to ratify the Paris Agreement and pushing the provinces on carbon pricing; while committing to massive new fossil fuel infrastructure for Liquefied Natural Gas (LNG).

The federal government's carbon pricing benchmark would establish a floor price of $10 per tonne of CO2 (2.3 cents per litre at the pump) in parts of the country that do not already have a carbon tax or a cap-and-trade system in place. That price floor would rise to $50 per tonne (11.5 cents per litre) by 2022, and by that point would be pulling up all provinces at the same time (BC's tax is already $30 per tonne, for example). After that, it's not clear whether the price floor would continue to rise.

Simon Fraser University's Mark Jaccard highlights the political barriers facing carbon pricing, suggesting that regulatory approaches may be politically easier to implement. He and his team find that carbon prices would have hit $200 per tonne by 2030 for Canada to meet its GHG targets. They also modeled an alternative way of meeting the targets, via a modest carbon tax of only $40 by 2030, with most of the heavy lifting done through "flexible regulations," such as minimum renewable energy standards in electricity generation or zero-emission vehicle targets for car manufacturers.

Carbon pricing is a policy that conservatives love to hate, and the immediate reaction included calling the carbon price a "sledgehammer." However, the proposed national carbon price floor is quite modest. In fact, Canada has been pricing carbon for a long time – through federal and provincial fuel taxes – and at rates far greater than the proposed 2.3 cents per litre in 2018. A carbon tax is only different in that it would cover combustion of fossil fuels from other sources, like burning coal, natural gas or heating oil.

The federal gas tax is 10 cents per litre, so maybe we are making this harder than it needs to be: the feds could have just announced an increase in fuel tax in the 2017 budget. Federal gas tax revenues are mostly transferred back to municipalities and provinces in support of infrastructure. All provinces already have their own fuel taxes, ranging from 13 to 19 cents per litre ($55 to 82 per tonne of CO2 – see table at the bottom from the federal provincial working group on carbon pricing mechanisms). Additional regional taxes on fuel tax go up to 25.50 cents per litre in Metro Vancouver. Even in Saskatchewan, where Premier Brad Wall stated the carbon tax would kill the economy and hurt families, the provincial fuel tax is 15 cents per litre.

What you do with carbon tax revenues matters, too. As proposed, all carbon tax revenues would flow back to the source province, so Saskatchewan could use those proceeds to invest in renewables and infrastructure, provide a credit to households or compensate industry. This allows provinces to address equity issues that arise from the carbon price alone, and/or make investments that reinforce climate action and create green jobs.

In terms of magnitude, recent history is also worth revisiting. Oil prices crashed in the second half of 2014 and have remained low since. As a thought exercise, consider a carbon tax that would increase prices back to where they were in early 2014. That carbon price would be $140-150 per tonne (on top of existing fuel taxes). Canadians have experienced much higher prices at the pump than would arise from the new carbon price floor. It's also worth noting that the price of gas is way higher around the world: European countries typically have gas prices 50-90% higher than in Canada.

While the federal move on carbon pricing should be viewed as a step in the right direction, albeit a modest one, the fly in this climate ointment is the approval of new fossil fuel infrastructure. Only days earlier, the feds approved the environmental assessment of the Pacific NorthWest LNG plant on the north coast of British Columbia. The project would create the single largest point-source emitter in BC, and would prevent the province from meeting its legislated greenhouse gas reduction targets. The total lifecycle emissions – from fracking in the northeast to pipelining it to the coast, energy-intensive liquefaction, shipping and final combustion overseas – add up to 3 billion tonnes of CO2 over 30 years.

This is a carbon bomb, although the vast majority of emissions from the project – carbon pollution from combusting that gas in the importing country – won't be subject to a national carbon price. The feds will also soon make a decision on Kinder-Morgan's proposed TransMountain pipeline expansion, which would transport Alberta bitumen to Vancouver, and would be in similar territory in terms of lifecycle GHG emissions. There is still time for the federal cabinet to reject the pipeline, but it would take real leadership to say no to Alberta.

It may be that the surprise announcement of a national floor on carbon pricing was aimed at changing the channel after a federal LNG decision that was widely criticized by environmental groups and first nations. Mission accomplished: PM Trudeau stood in the House of Commons to announce the national carbon price, and blindsided environment ministers who were meeting that very day to talk about the pan-Canadian climate strategy. Three of them to walked out in anger.

It's good news that Canada is starting to listen to climate science, but we are still left with a problem around the climate math. To fulfill the Paris Agreement we need to start reducing emissions immediately, and that means we don't have the luxury of opening up new fossil fuel infrastructure intended to last for many decades into the future. To have a climate action plan that meets our targets we have to get over our cognitive dissonance about new fossil fuel development, and invest heavily in the green infrastructure of the future. 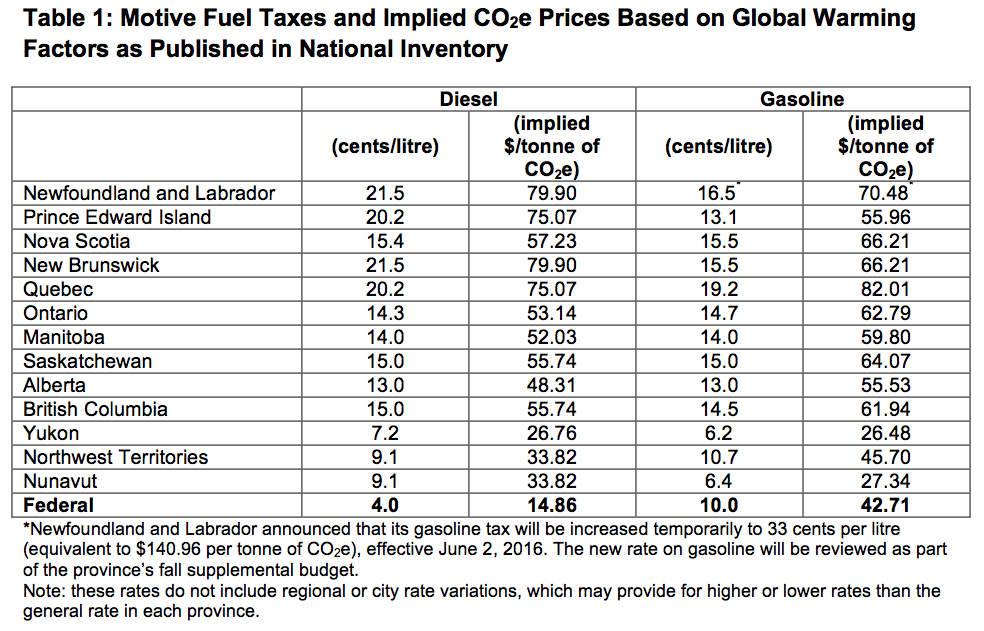