5 reasons we can't ignore Indigenous families and children this election 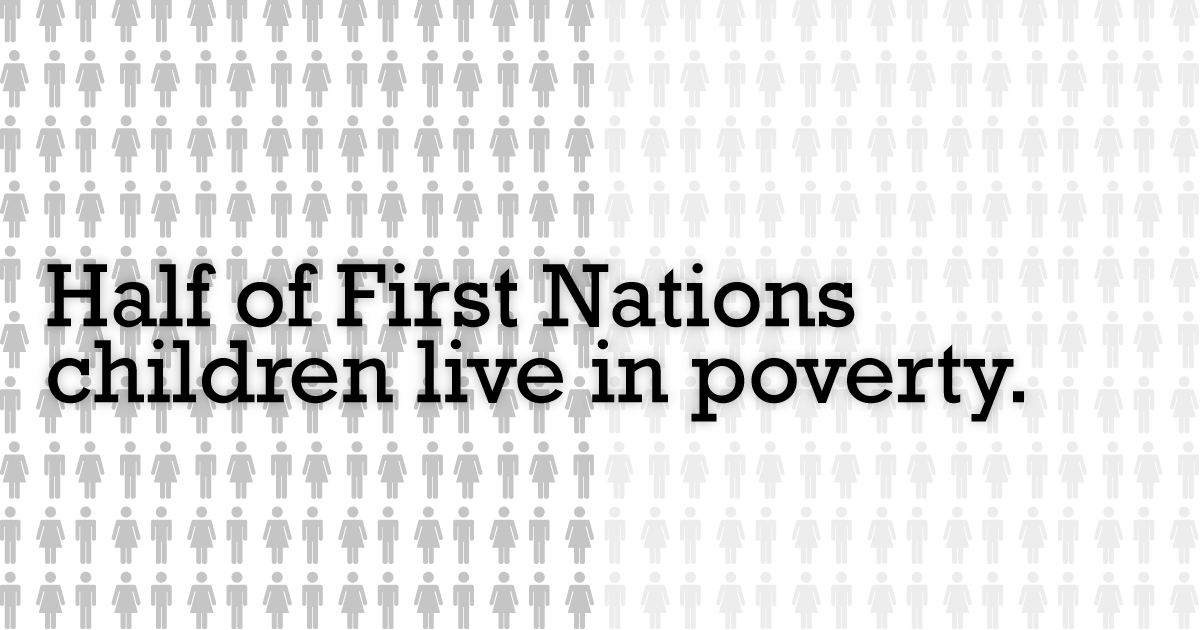 First Nations communities face some of the most distressing levels of child poverty in this country. A history of colonialism, racism, residential schools, and the inequitable distribution of resources has resulted in a range of devastating social and economic inequities for Indigenous communities—and the impacts of these inequities can be seen in the shocking poverty rates and living conditions experienced by many Indigenous children.

While some of these experiences have been documented, most recently by the Truth and Reconciliation Commission of Canada, woefully little action has been taken to address the desperate economic conditions facing many Indigenous children today.

We need to do much, much better. Our political parties could and should work harder to ensure that Indigenous children grow up in happier and healthier conditions and have the relevant education and opportunities to help build stronger, more prosperous communities.

Here are five reasons why we can't ignore Indigenous families and children this election:

1. Half of all First Nations children in Canada live in poverty This compares to 12% of children who are non-indigenous, non-racialized and non-immigrants. By comparison, the child poverty rate in Norway, Finland, Sweden and Denmark is under 5%.

2. In Saskatchewan and Manitoba, more than 60% of First Nations children live in poverty The poverty statistics for First Nations children is appalling at the national level, but rates in the Prairie provinces are even worse. The Prairie provinces also have the highest overall child poverty rates in the country. Focused efforts here can have big effects.

5. A billion dollars would lift all Indigenous children out of poverty Children live in poverty because their families don’t have enough income. It’s as simple as that. That missing income can come from working or it can come from government supports. We could lift all Indigenous children in Canada out of poverty for $1 billion in additional income. That may seem a lot but it represents only 11% of the budget for the federal department responsible for reserves.

For more on Indigenous child poverty in Canada and what we can do about it, read the report, Poverty or Prosperity: Indigenous Children in Canada (Canadian Centre for Policy Alternatives and Save the Children Canada, 2013).

David Macdonald is a Senior Economist with the CCPA, and the co-author of Poverty or Prosperity: Indigenous Children in Canada. Follow David on Twitter @DavidMacCdn.