Last Friday’s Rogers’ network outage should be a warning to us all: it’s time to change how we do telecommunications in this country. 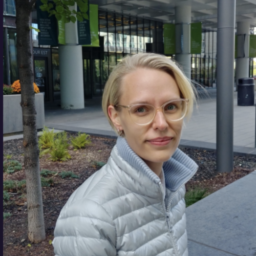 The outage across Rogers’ network last Friday, which took out a quarter of all Internet activity in the country, highlighted just one more reason why Canada’s telecom oligopoly is harmful.

On top of paying some of the highest prices in the world for telecom services, the tight corporate control of Canada’s telecom sector also leads to less resilience in our networks. As telecommunications companies and their networks become bigger, valuable redundancies in our national telecom infrastructure are being removed through the pursuit of greater efficiency and profits.

As climate change increases the likelihood of natural disasters, pandemics, and other crises, Canada needs a greater focus on resilience in our critical infrastructure networks, including telecom. As part of this shift, we also need to recognize that the pursuit of greater resiliency may be at odds with the drive to reduce costs and create efficiencies.

Here are three things you need to know as we move forward from the Rogers’ outage.

Rogers controls nearly a third of all mobile subscriptions and a fifth of all internet subscriptions in Canada, demonstrating, in part, why the failure of their network was so far-reaching. But Rogers’ dominance within Canada’s telecom market also has implications for pricing and the quality of telecommunications services.

Research done by the Competition Bureau, Canada’s competition authority, has shown that prices are higher when there are fewer telecom providers in a region. Conversely, having more providers, such as the crown corporation SaskTel, leads to lower prices. Furthermore, having more variety means more resiliency as the public becomes less dependent on a small number of companies and their networks.

Rogers’ proposed acquisition of Shaw threatens to make the current situation worse by reducing options even further if it effectively removes Shaw from the market.

There is a role for public ownership

For over a decade, beginning with former Prime Minister Stephen Harper, the federal government has sought to support the creation of an elusive “fourth carrier” in the market that can provide a viable alternative to the oligopolists. However, this initiative and other promising attempts to create more options in the telecom space have had limited success.

In 2009, Wind Mobile entered the Canadian market, offering mobile plans in Canada’s major urban centres. In 2015, however, Shaw announced its intention to acquire Wind (now called Freedom). Now Freedom stands to be further rolled up into the telecom oligopoly as Rogers seeks to acquire Shaw.

The Competition Bureau’s challenge of the Rogers-Shaw deal highlights how incredibly difficult, if not impossible, it is to create a viable private-sector competitor that can effectively compete against the three major telecom companies.

To help push the deal through, Rogers has offered to divest Freedom to Quebecor, the Quebec-based media and communications company that operates the Videotron and Fizz brands.

In nearly every problematic merger the bureau has investigated, it has accepted divestment offers like these. But not this time. Even with a sweetheart deal like this, to date, it appears that the bureau is not convinced that Quebecor will be able to compete strongly enough to take the place of Shaw in the regions affected by the merger.

Their reluctance highlights that even powerful, well-resourced corporations like Quebecor might be unable to enter new regions in Canada and be a serious competitor.

To date, market-based solutions for creating more competition within telecom infrastructure have not been particularly successful. More recently, there has been a rise in the number of companies that sell Internet services using the infrastructure of the large companies under Canada’s mandated wholesale regulatory structure.

Internet service providers like Teksavvy use this regulatory framework to access the network of the large telecoms and provide home Internet. But this same mandate has not been extended to wireless services, and MVNO (mobile virtual network operator) hopefuls like DotMobile, who aim to provide mobile service through the big telecom companies’ spectrum, have, to date, been unable to work out commercial deals with those same companies.

While firms like Teksavvy have made a difference in lowering prices for Internet service and have even built some of their own network elements, there is still a long way to go to reign in Canada’s telecom oligopoly. Furthermore, these companies themselves struggle to deal with the large telecoms on fair terms as users of their infrastructure, which impacts overall competitiveness in the market.

We need more organizations in the telecom space that can create redundancies in our telecom infrastructure. Governments need to step in and create the resilient networks we need, at prices everyone can afford.

Solutions should be driven by communities

Public ownership of telecom infrastructure is not a radical idea. Today, SaskTel, a crown corporation providing home Internet, mobile, and other services, has existed in the province since telephone lines were first being built.

Similarly, Tbaytel is a municipally owned telecom company in Thunder Bay providing mobile and home Internet, and other telecom and media services.

Across Alberta, the government has the Alberta SuperNet, which connects public buildings—like schools, hospitals, libraries, government, and municipal offices—across the province. The network is also used by Internet service providers to serve rural residents.

However, not all public ownership is created equal. Simply nationalizing the telecom companies is not guaranteed to make our networks more resilient. A public telecom running our current national network might offer telecom services at a lower cost, or offer better service, because it lacks a profit motive. But a large crown corporation telecom would still have the power to manage in the same way as a private company—cutting redundancies, driving economies of scale, and creating lean, brittle networks.

Public ownership alone is not enough. Canada needs publicly owned telecom operators that value resilience and are attuned to needs of communities, especially given the regional nuances of climate change and the environmental crisis. Recent municipal initiatives to build out Internet infrastructure offer an exciting avenue for increasing the right kind of public ownership in Canada’s telecom networks in a way that is proven to be politically achievable.

Red Deer County is also undertaking a similar initiative, with plans to create a fiber-optic network, making Red Deer “the most connected County in North America”. The county-owned network will connect residents, farms, and businesses, as well as incorporated towns and villages. As of February 2022, the county invested $13 million to build four towers and four connectivity hubs, together with the installation of 180 kilometres of fiber optic cable. Currently, 260 customers use the service that the county-owned network provides.

However, initiatives like those in Red Deer may face political hurdles. Last year, Toronto announced its ConnectTO initiative to expand access to home Internet, given the high cost of reliable service and infrastructure gaps. The city planned to build its own citywide, high-speed Internet network and provide Internet services at affordable prices. The city would also provide other Internet service providers with access to the network and revenue generated from this access would be re-invested to enhance the digital services to people in the city’s digital divide.

In May, however, the mayor’s executive council voted down the proposal of the city building out its own network, scaling back the scope of ConnectTO. Activists have attributed this change to lobbying by Rogers and Bell. In a letter to the council, Bell argued that its plans would duplicate networks that already exist and that policy makers should address Internet access issues for low-income residents through subsidy programs.

One of the potential shortcomings of these municipal initiatives is that the municipalities plan to partner with private-sector companies to deliver the service to community members. The way in which these partnerships are implemented can have important implications for the effectiveness of their efforts and the equitable provision of Internet services.

Importantly, these municipal plans to build out Internet infrastructure do not address mobile service. But local governments can still play a role in providing these services. In July 2021, Tbaytel successfully acquired additional 5G spectrum to its existing mobile spectrum, combining this spectrum with partnerships with other spectrum holders to provide far-reaching mobile service to its customers.

Rogers’ outage crisis has highlighted the growing importance of Internet service as critical to our connection to each other and our economy. It’s also given us the opportunity to rethink our approach to providing these services.

Now, more than ever, we are seriously considering how public solutions can fill the long-standing gaps in our telecom networks and champion efforts to create more resilient networks that are ready for the crises that lay ahead.

We thank Keldon Bester and Matt Hatfield for insightful comments on a draft of this article. 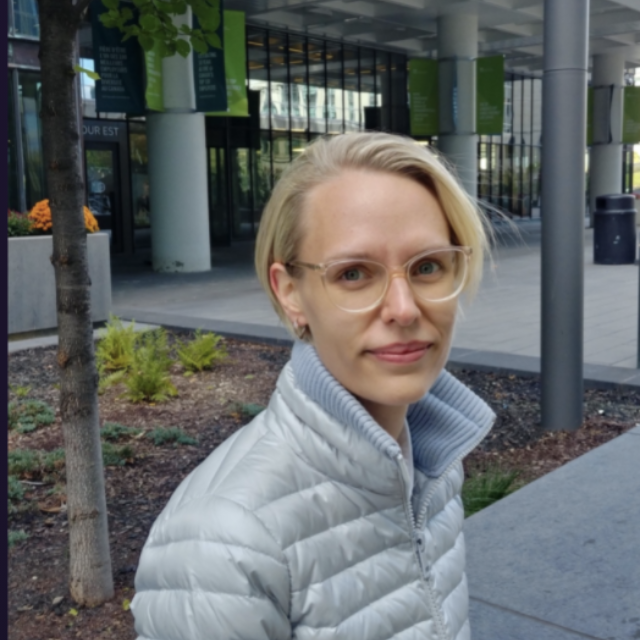 Yunus is currently a PhD student at York University.