Two decades of Islamophobia: The invisible toll on the health of Muslims in Canada

In the last five years, more Muslims have been killed in targeted hate-attacks in Canada than in any other G7 country. And this growing Islamophobia is having impacts on the health of Muslim Canadians. 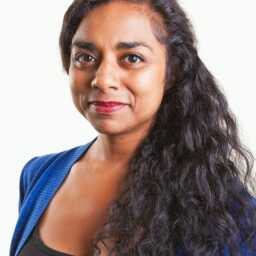 We Canadians hold many myths about ourselves. We like to think that we respect each other’s differences and celebrate diversity. We may even consider ourselves morally superior to and more “woke” than our American neighbours.

But statistics tell a different story: in the last five years, more Muslims have been killed in targeted hate-attacks in Canada than in any other G7 country.1

Twenty years ago, in the wake of the 9/11 attacks, Canada, like many countries, enacted strict anti-terror legislation. Although the stated aim of this legislation was to keep all Canadians safe, Muslim Canadians have experienced quite the opposite in the years that followed the passing of the Anti-Terrorism Act.

For two decades, Muslim Canadians have endured every day aggressions while bearing witness to more violent acts of Islamophobia. Muslim Canadians report being regularly harassed and subject to microaggressions at work, school and in public spaces. Mosques and community centres have come under violent attack. Canada has become a country where wearing a hijab can put a target on your back, and where many mosques now require security.

But there are other, more insidious impacts on Muslims that aren’t nearly as visible: on health and health equity. How might Canadian policy mechanisms be used to heal the last twenty years of damage done to the Muslim community? Is there a role for policy to meaningfully improve Muslim health and experiences in the health care system?

On distress and isolation

Dr. Ahmed N. Hassan, MD, FRCPC, MPH is a Staff Psychiatrist and Clinician Scientist at the Centre for Addiction and Mental Health (CAMH) and Assistant Professor of Psychiatry, Pharmacology and Toxicology at the University of Toronto.

When it comes to how Islamophobia impacts Muslim health, it's not about a set of specific health conditions. Rather, it's about recognizing the potential impacts of prolonged stress. “Overall, it's about psychological distress. What specific disorder will appear depends on a lot of factors,” Hassan explains. “If you’re under psychological stress, you increase your vulnerability to a variety of disorders. Everyone will express it differently. For some people, this might express itself as depression, anxiety, or problems communicating.”

This chronic distress makes Muslims more vulnerable to developing Post-Traumatic Stress Disorder (PTSD). But again, it depends on the person. “Not everyone that gets into a car accident will develop PTSD,” Hassan notes. “But if they were already under psychological distress before the accident, they would be at high-risk to develop PTSD.”

In his specialty of treating addictions, Hassan has seen first-hand how some individuals may turn to substances as a PTSD coping mechanism. “So, you feel distress. If you try alcohol and find that it relieves the distress, what’s next? You are going to drink more alcohol.”

Particularly relevant during the pandemic, social isolation is another invisible health consequence. “On an individual level, Muslims get stereotyped and labelled. Socializing is limited, as there is Islamophobia,” Hassan explains. “People will be fearful of their Muslim neighbours—what if they have some terrorist connection? This creates isolation, which is not good for health.”

What happens when the Muslim identity intersects with other marginalized identities such as being a woman, Black or being 2SLGBTQQIA+? This is exactly what the concept of intersectionality acknowledges.those layers of discrimination aren’t just cumulative; they are more than the sum of their parts. As Kimberlé Crenshaw describes, “Intersectionality is a lens through which you can see where power comes and collides, where it interlocks and intersects. It’s not simply that there’s a race problem here, a gender problem here, and a class or [2SLGBTQQIA+] problem there. Many times that framework erases what happens to people who are subject to all of these things.”2 The health outcomes of queer, Black Muslim women will be more impacted than their heterosexual, non-Black, Muslim counterparts.

Given the chronic stress that many Muslim Canadians are living with, what happens when they encounter the health care system?

“Islamophobia is destroying health equity,” Hassan states without hesitation. “Islamophobia creates and perpetuates social stigma towards Muslims. This increases distress and feelings that they are being discriminated against. Most importantly, research shows that this decreases access to health systems.”

Most Canadians trust the health care system implicitly, confident that they will receive diligent, respectful care. Unfortunately, this isn’t the case for many Canadian Muslims. “It's about ongoing anti-Muslim policies and media coverage. Muslims automatically feel that they are being discriminated against,” Hassan explains. “So, they are in distress, and want to seek help to relieve that distress. But they feel that the system is already against them. Therefore, they will be very reluctant to seek help from the health care system. In their head, it's linked to the same people who created these policies and structures.”

Hassan is the lead author of the 2021 study Inspiring Muslim Minds: Evaluating a Spiritually Adapted Psycho-educational Program on Addiction to Overcome Stigma in Canadian Muslim Communities. During their research, some troubling information about health equity emerged. “We asked them to identify barriers to accessing the health care system. They said that they cannot trust the system,” says Hassan. “They fear that confidentiality will be broken. That doctors may reveal their addictions issues to their employer. That they may potentially lose their jobs and homes.”

The source of this deep distrust? Islamophobia. “They have been exposed to cumulative stress and trauma from 20 years of being categorized as terrorists,” Hassan explains.

Which policy mechanisms could be leveraged to improve Muslim lives in Canada? There is certainly no lack of options.

In 2018, the Standing Committee on Canadian Heritage released their report, Taking Action Against Systemic Racism and Religious Discrimination Including Islamophobia,3 in which a diverse group of witnesses brought forward several policy recommendations specific to Muslim communities from a national strategy to the need for education and training to reduce Islamophobia. But four years later, many of these recommendations have yet to be implemented.

Following the National Summit on Islamophobia, in July 2021 the National Council of Canadian Muslims (NCCM) released over forty recommendations4 that represent a holistic policy approach, with concrete recommendations for federal, provincial and municipal governments to “address Islamophobia and aim to remove systemic barriers faced by Muslim communities.”5 Six months after the horrific attack in London, Ontario that killed three generations of a Muslim family, the NCCM followed up in November 2021 with their proposal to create the provincial Our London Family Act,6 providing specific provincial policy recommendations to Ontario.

The importance of engaging all levels of government

No single level of government can effectively dismantle Islamophobia in Canada—an integrated government approach is needed. The NCCM July 2021 report deftly demonstrates the importance of involving all levels of government in combating Islamophobia. This innovative report also separates recommendations, differentiating between violent and systemic Islamophobia, thus acknowledging the need for a two-pronged approach.

Although the Our London Family Act6  is strictly provincial, it builds on their previous recommendations by asking Ontario to examine legislation as varied as the Education Act, the Not-for-Profit Corporations Act and the Anti-Racism Act.

A whole of government approach

Here is a sample of the NCCM’s holistic government recommendations7 that have the potential to significantly improve the health of Muslim Canadians, and reduce health inequities.

Islamophobia as a systemic disease in the Canadian body politic

PTSD isn’t limited to individuals—it can extend to entire communities, countries and even to the global community. Hassan provides some insight into how PTSD develops in individuals and the potential implications on the Canadian body politic. “Let’s say a woman gets assaulted by her male partner. [When] PTSD [happens], she may come to believe that all men are bad. You see how this could lead to problems in her relationships,” Hassan explains. “It’s the same thing in Islamophobia. Something happens, and it becomes linked to all Muslims. Which is obviously not the case.”

Thus, all Canadians (Muslim and non-Muslim alike) become affected. We are collectively entering our second decade of national PTSD—which means the impacts have become intergenerational. What could cure this insidious, national illness? “People need to know that Muslims are not dangerous,” says Hassan. “The only way to be less fearful, is not to have constant media coverage that presents Muslims in a negative light.” Constant reinforcing of the narrative of violent Muslims can reactivate a hypervigilance and suspicion in Canadian publics toward their Muslim members.

He also notes the need for increased government funding to make health services more accessible for individuals who have already been affected.

Rebuilding trust on both sides is the prescription to address the root causes of Islamophobia, and both individual and national PTSD.

Despite increasing calls for action, governments remain slow to implement concrete anti-Islamophobia initiatives. But there is hope on the horizon. On November 23, 2021, the City of Brampton unanimously endorsed all of the NCCM’s municipal recommendations, and requested that the motion be circulated to the Region of Peel, City of Mississauga and Town of Caledon.8

Are Canadian governments ready to actively dismantle systemic Islamophobia, by looking inward at the police force, RCMP, CSIS, CBSA and creating an Anti-Islamophobia Strategy? Are policy-makers prepared to put ending Islamophobia firmly on the public policy agenda, and work to regain the trust of Canadian Muslims that have been sorely undermined after two decades of anti-terror policies?

As the pandemic has shown us, it's amazing what different levels of the Canadian government can do when they choose to move in unison on a particular issue. The roadmap for initiatives that reduce public stigma and fear of Muslims, enact meaningful pro-Muslim legislation at all levels of government, and provide concrete support for the most vulnerable members of the Muslim community has been laid out. It's time for Canadian governments to take confronting Islamophobia off the back burner, for the good health and prosperity of all Canadians.

4 House of Commons Canada (2018). Taking Action Against Systemic Racism and Religious Discrimination Including Islamophobia. Report of the Standing Committee on Canadian Heritage. https://www.ourcommons.ca/Content/Committee/421/CHPC/Reports/RP9315686/chpcrp10/chpcrp10-e.pdf. Accessed on November 15, 2021. 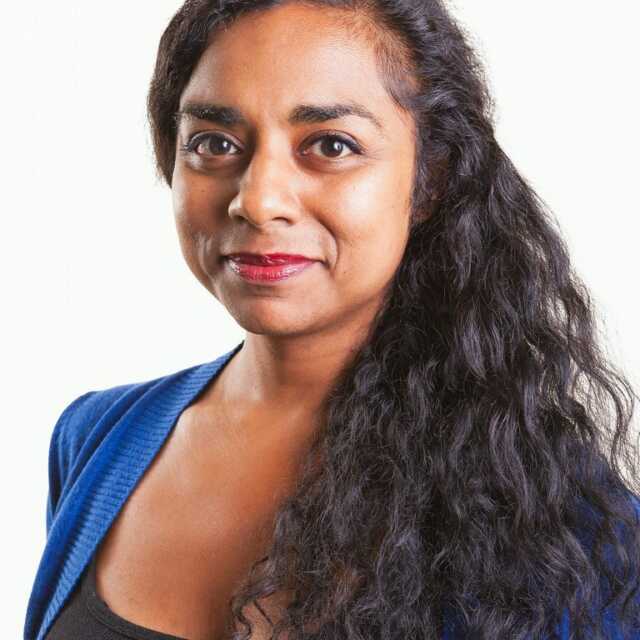