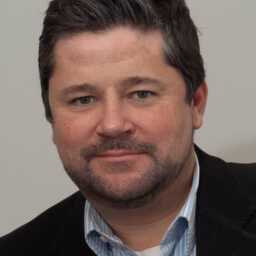 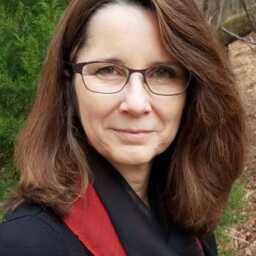 Canada, Mexico and the United States have all, in some way, officially acknowledged the social and environmental toll that hyperglobalization's so-called externalities have taken, including uncontrolled greenhouse gas emissions, extreme wealth concentration, and declining social cohesion. Even so, our governments continue to let dubious trade disputes get in the way of more sustainable, worker-focused regional cooperation.

Leaders will build on commitments from their 2021 summit in Washington, D.C., which include the development of a compact on migration, the acceleration of renewable energy deployment and sustainable transportation networks, and improvements in the areas of racial equity, LGBTQQIA+ rights, and ending violence against Indigenous and other women.

Ebrard would also like to see the “three amigos” discuss education and culture, and he claims that one of Mexico’s top priorities this year is “to reduce poverty and inequality that are growing in the Americas.” For Biden, the competitiveness of North American manufacturing relative to other parts of the world will top bilateral and trilateral discussions. Trudeau has emphasized the need to collaborate across electric vehicle supply chains, including critical minerals, and to “improve health and build a future where no one is left behind.”

These positive sounding ambitions are overshadowed by proliferating trade and investment disputes, mainly against Mexico, that hamper the ability of our three countries to address North American challenges together.

U.S. agribusinesses are loudly insisting that the Mexican position of eliminating the importation of transgenic crops and glyphosate will cause billions of dollars in damage to its producers and that it is somehow illegal under the USMCA—the “New NAFTA” concluded in 2018. They and their allies in Congress have pressed the United States Trade Representative (USTR) to make Mexico change its plans. Offers by the Mexican government to limit the import ban to corn for human consumption and to give a longer phase-in period have been rejected by U.S. companies.

Canadian Trade Minister Mary Ng also raised concerns about the food policy in a meeting with Mexican Secretary of the Economy Raquel Buenrostro on the sidelines of the Pacific Alliance meeting in Mexico City last November. Canada claims the policy is not “science-based” but has not publicly suggested it might be USMCA non-compliant.

Thankfully, international solidarity has helped Mexico to maintain its position. A letter signed by 28 Canadian organizations this month calls on Prime Minister Trudeau to support Mexico's plan to gradually eliminate transgenic corn and the use of glyphosate gradually by 2024. Some 80 U.S. groups sent a similar letter to the Biden administration in 2021 and organizations from all three countries will issue a statement to be read in the Mexican Senate just before the “three amigos” meeting this week.

The claim that the USMCA requires Mexico to approve goods produced using agricultural biotechnology is wishful thinking on the part of agribusinesses. In fact, while the USMCA sets out a new process to consider approval of those goods, it also explicitly states that nothing in the agreement requires countries to reach any particular conclusion.

What’s more, industry estimates of the impact of the Mexican ban on producers and consumers in both Mexico and the U.S. are vastly overstated, according to a study by Tim Wise of the Institute for Agriculture and Trade Policy.

“Farmers and consumers on both sides of the border would be better served if the U.S. government engaged in respectful negotiations with Mexico,” Wise concludes. “Instead of distorting North American corn markets by trying to prevent Mexican demand for non-GM corn from expressing itself, the U.S. can help ensure that Mexico’s preferences, as a major consumer of U.S. corn, do not disrupt corn markets in North America.”

Non-GMO producers in the U.S. say they’re ready and eager to meet this new market. The Organic and Non-GMO Report quotes several U.S. farmers who think the Mexican policy is a good idea. Graham Christensen, a fifth-generation farmer in Lyons, Nebraska who grows non-GMO corn and soybeans, had this to say:

“If their [Mexico’s] farmers aren’t able to produce enough themselves and they need extra, that would be an ideal market to move that grain down south. There are a lot of farmers up here who could easily transition to non-GMO corn, and there are a lot of us that are looking for a solid marketplace.”

The U.S. pressure ahead of this week’s leaders’ summit seems to be more about picking the winners than freeing up trade. Fundamentally, Mexico has a sovereign right to determine the rules governing its food system, as Victor Suárez, Mexico’s undersecretary of agriculture for food and competitiveness, has insisted in defence of the new food policy. The U.S. has its own restrictions on imports to ensure food safety. The EU has restricted production and imports of GMOs for decades, as have other countries around the world.

Still, Mexico is bound to face considerable pressure from both Canada and the U.S. to fulfil the expectations of biotech companies and GMO grain exporters during the three amigos meeting. Corporate gripes with Mexico’s recent energy reforms will also dampen the mood.

Canada and the U.S. gang up on Mexican energy policy

Mexico passed a law in May 2021 giving increased power to the country’s state-owned energy company, Pemex, to participate in the oil and gas sector. In part, the law empowered the government to intervene in private oil and gas projects in cases of imminent threat to energy security or to the economy. It also enhanced the role of Mexico’s public electricity regulator in the development of Mexico’s grid, reversing a recent trajectory favouring foreign private power companies.

These moves, which are aimed at securing Mexico’s future energy sovereignty and maximizing public benefits, are seen in the U.S. and Canada as simply efforts to increase fossil fuel production. In fact, Mexico’s efforts do not preclude an expansion of cleaner types of energy, which are well-established in the country. It should be noted that Canadian and U.S. firms are well represented in Mexico’s conventional oil and gas sectors.

Sovereignty over natural resources is so important to Mexico that it sought to exclude this realm of public policy from USMCA rules aimed at locking in private, market-based production and delivery models. This has not stopped the U.S and Canada from pushing the envelope by launching consultations with Mexico under the agreement’s dispute settlement chapter—the first stage in a full-blown arbitration that could eventually result in punitive tariffs of between US$10 and $30 billion against Mexico.

On top of these state-to-state disputes related to food and energy policy, all three USMCA countries are being threatened and sued by companies under the treaty’s expiring investor-state dispute settlement process. These corporate claims of wrongful treatment, most of which target Mexico, could add billions of dollars to the tally of ISDS payouts under NAFTA for totally reasonable environmental, resource management and other public measures.

For example, the U.S. has been targeted twice for cancelling a planned expansion of the unpopular and leak-prone Keystone XL pipeline. Owner TC Energy has filed a NAFTA lawsuit demanding US$15 billion in compensation, followed by a second claim from Alberta’s state-owned energy regulator. Mexico faces billions of dollars in claims from U.S. mining and energy firms disputing non-discriminatory environmental and tax measures.

NAFTA’s controversial ISDS process will expire for Canada and the U.S. in July 2023 but will remain available to U.S. firms, in some cases, in the Mexican energy and infrastructure sectors. Law firms are encouraging investors and firms in all three countries to make sure they get their last-ditch NAFTA claims filed by the April 30 cut-off, so we should expect to see more dubious ISDS cases launched before winter is over.

ISDS should, but won’t, be an agenda item at the Mexico City leaders’ summit. The unfair outcome of the USMCA negotiations leaves Mexican policy vulnerable to continued U.S. lawsuits while Canadian firms may turn to the ISDS process in the Comprehensive and Progressive Agreement for Trans-Pacific Partnership.

Internationally, pressure is increasing to cancel investment treaties and purge ISDS from free trade deals like the USMCA. A vision for a more sustainable, worker- and climate-focused North American economy must take these demands seriously.

The most recent U.S. national security strategy claims that winning international support for a shift from hyperglobalization to supply chain resilience will require the U.S. to respect “the foundational principles of self-determination, territorial integrity, and political independence” in its foreign relations. Reflecting this mindset, the Biden administration favoured an à la carte approach to negotiating the Indo-Pacific Economic Framework for Prosperity (IPEF), in which participating Asian countries can opt in or out of negotiating tables based on domestic preferences.

Strangely, this deference to the policy choices of foreign trade partners does not extend to the United States’ closest neighbours and longest free trade partners. None of the policies described above, and currently being challenged under various USMCA provisions, were designed in bad faith to hurt or insult foreign countries or their producers. A positive North American relationship based on respect for national economic and environmental priorities would accept that occasionally those priorities will negatively affect domestic corporate interests.

Granted, the USMCA dispute settlement process was established to help settle differences of opinion on the interpretation of the agreement’s vast and imposing restrictions on public policy choices. We are unfortunately stuck with the new agreement’s overwhelmingly pro-corporate rules until future governments decide to withdraw or adjust them. Still, until that can happen, governments should show restraint in the interest of building solidarity in much more pressing and universal challenges to the planet and political stability.

AMLO, Biden and Trudeau could and should explicitly recognize, in the final declaration of their leaders’ summit, that the countries of North America must preserve the sovereign right to promulgate national laws and regulations that protect public health and the environment. They should affirm that the USMCA does not prevent any country from restricting the importation of genetically modified organisms and glyphosate. Driving forward with ill-thought trade challenges backed by limited corporate interests undermines North American solidarity and can only backfire on Canada and the U.S. 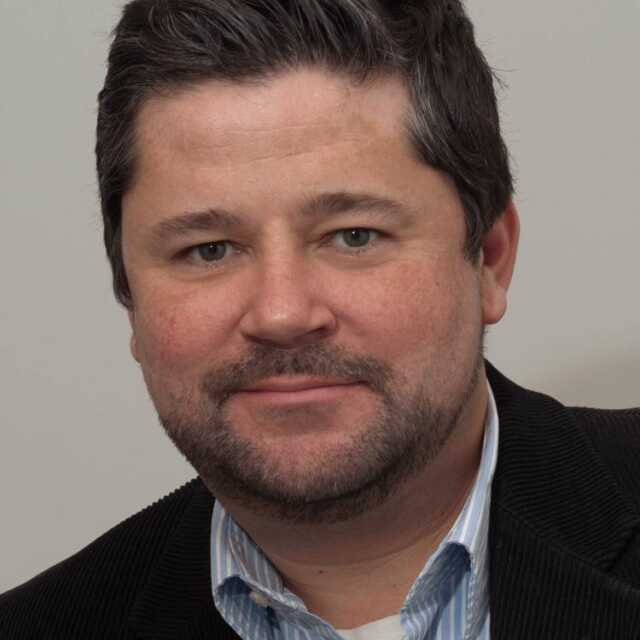 Manuel Pérez-Rocha is Associate Fellow at the Institute for Policy Studies. 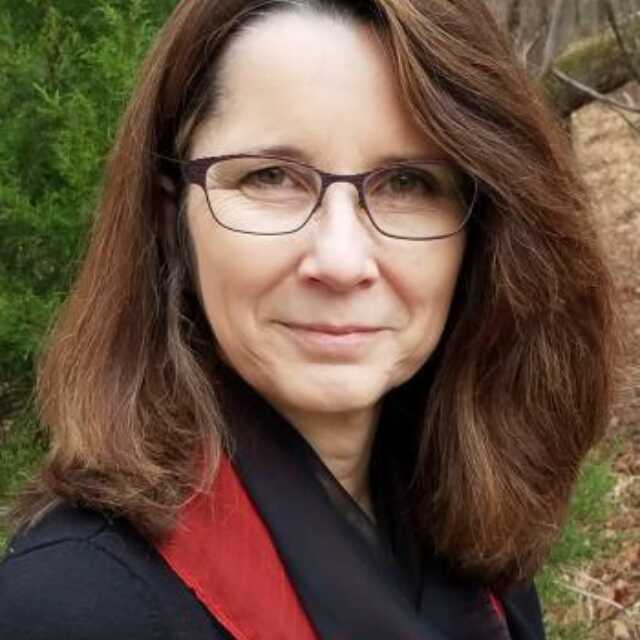 Karen Hansen-Kuhn is Program Director at the Institute for Agriculture and Trade Policy.