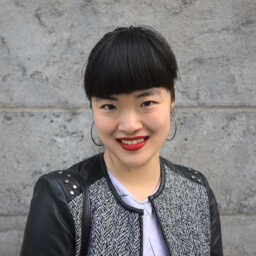 In a hidden corner in a dead end on Rue Masson in Montreal, you can find a big patch of greenery behind a row of cement blocks. As you get closer, you can see rows of black pots full of various types of plants—strawberry, Shizu, hot peppers—tended by a few people hunched over leaves and stems.

This is Green Chinatown Montreal (GCM), a garden that aims to build a community environment of sharing and exchange and increase awareness of food security and urban sustainability. The principle is simple: a few times a week, GCM volunteers, who can sign up for shifts by emailing the garden, gather there to water, take care of, and harvest the vegetables. After a period of hard work, they get to pick whatever they like and bring it back home.

GCM members range from young adults to senior citizens, and many of them bring their families and children. On sunny days, you can often see smiling young children having fun amidst the greenery and learning about the different plants.

Started in 2011 in the heart of Montreal’s Chinatown, the garden celebrates its 10th anniversary this year. Janet Lumb, a proud third-generation Chinese-Canadian eco-activist, is one of its founding members. She started the garden hoping it would help in Montreal reconnect with nature and with their agricultural roots.

“Being urban people, we don’t know about our roots of growing things. For me, the garden is about learning about something as basic as gardening,” she explains. “Chinatown is so urbanized [that] it was important for me that we start a garden there. Because we Chinese were all farmers in the past!”

When it was first established in front of the Montreal Chinese Hospital, the usually discreet lo wah kiu—a Taishanese term that designates the first Chinese who settled in Canada—would come out and yell cultivation tips to the gardeners.

“They normally are in old-age homes,” says Lumb. “But when they saw us, they came out and their whole body became alive. All these old people came to life seeing us grow the garden. For me, it was an inspiration to bring that to Chinatown.”

The founding members of GCM fondly recall these early days. At the time, the central location of the garden in front of the Montreal Chinese Hospital and near lo wah kiu residences allowed it to fulfill its mission of connecting the community through gardening and nature.

“It was really lovely because the patients would come and take walks. And because a lot of them had farm experience, sometimes they would criticize us or tell us what we were doing right. They would really enjoy looking at the vegetables,” recalls May Chiu, a lawyer and anti-racist activist who’s heavily involved in Montreal’s Chinese community and a founding member of GCM.

“Every time I interact with the city, I try to tell them that this was in Chinatown. We belong in Chinatown.” - May Chiu

Local organic farmers, and Marché Kei Phat, Inc., a staple Montreal Asian Chinese market, enthusiastically donated seeds to the garden. The garden collaborated with the hospital’s occupational therapy department to develop nature-based therapies for the hospital’s residents. They also distributed vegetables from the garden—a mix of Chinese and Western varieties—to ensure the food security of Chinese elders whose access to food is often compounded by language barriers and reduced mobility.

The organic vegetables were a huge hit at various markets. However, the garden didn’t stay in that spot for long.

“One year, the last year that we were there, the board of the hospital wanted to kick us out. We were a victim of our own success,” says Ms. Chiu. “They said, ‘Because this garden is so lovely, we’re going to take it back. And we’re going to build a gazebo or a road’. I think they said they wanted to build a gazebo with a big garden. But then they booted us out and they never did anything. It’s empty.”

Since then, the garden has had to move multiple times, to wherever there was a space available for free.

The gardeners have fought hard to return to Chinatown. Ms. Chiu has had multiple meetings with Montreal municipal city officials to ask them to give the gardeners empty city-owned spaces in Chinatown to host the garden.

“Every time I interact with the city, I try to tell them that this was in Chinatown. We belong in Chinatown. And we always ask for a space. Even during the consultation, we asked again,” says Ms. Chiu. “I always write, ‘We need green space.’ And now everybody’s saying we need green space. But there’s no action to tell us exactly where.”
The gardeners have long been coveting a space owned by the City of Montreal in front of the Chinese hospital. Bill Mersereau, the garden’s resident plant expert, has been trying for years to present city officials with plans for a garden in that spot.

“But the city refused and gave us an excuse. They said they needed it for the Millennial project or whatever gardening project, just to store equipment and just dump crap and trucks and stuff,” sighs Mr. Mersereau in frustration. “They said they needed that space as a dump for two years and for storing stuff, right on the doorstep of the Chinese hospital! How respectful is that?”

The gardeners hope to beautify that spot in front of the Chinese Hospital and make
it a green sustainable project for the benefit of the hospital’s residents. They dream of making it a space where patients and nearby elders living in small apartments can come and commune in fresh air and nature. Ms. Chiu also hopes to use the garden to build solidarity with the Indigenous community that lives in Chinatown.

“Chinatown is also the shared space of two Indigenous shelters. I know that sometimes there is discrimination in our community. We don’t learn as immigrants that we are coming to stolen lands. So, we need to educate our own community as well,” says Ms. Chiu.

She has many ideas about how she’d like to do that once the garden returns to Chinatown.

“We can have conversations as to how to bring our communities together. I think it would be amazing if we could offer some of what we grow to the residents of the shelters. That would be a really meaningful gesture.”

She also hopes to use the garden to provide an educational opportunity for newly arrived immigrants to learn about the colonial realities of Canada. She wants to be able to have a dialogue with new Chinese-Canadians about residential schools, stolen lands, and colonizations.

Indigenous environmental justice is woven into the fabric of GCM. At the back of the garden, on a patch of grass partially shaded by overhanging trees, three tall plants embody the gardeners’ commitment to Indigenous solidarity. These plants—corn, climbing beans, and squash, the three sister crops of many Indigenous nations—keep watch over the rest of the garden.

It was Ms. Lumb who insisted on having these plants in the garden right from the beginning. A 1975 graduate of Trent University’s Native Studies program, she’s spent many years of her long and varied career working with Indigenous youth as a youth worker. As she was often the only racialized person on her team, Indigenous youth would flock to her and trust her to be there for them.

“Having the three sisters here allows people to learn about them. It allows us to pass on the tradition, explain where this concept came from, and introduce it to people from Hong Kong or China who become part of the garden who’ve never heard of the three sisters before,” says Ms. Lumb. “They didn’t know anything about Indigenous gardening. So, for us, this has to do with a process of passing on and sharing, through which active learning happens in a way that is much more powerful than theoretical education.”

Charo Foo, a Chinese-Canadian dancer who’s been a member of the garden community for around two months, is the kind of person the GCM founders hope to reach. Having immigrated to Quebec City more than a decade ago, Ms. Foo found it very difficult to sustain her dancing career there. She felt very isolated without having an Asian community to be a part of.

“I moved to Montreal three years ago because I was looking for a more supportive community and more dancing contracts, because there’s more discrimination in Quebec City,” she says of her move. “I was in a dancing company for seven years. But ever since the contract ended, I’ve had to free-lance. It’s really hard to be Asian in Quebec City. And I had to get work as a dancer. So I told myself to move, and I’m so glad I came here.”

Ms. Foo heard of GCM when she bumped into Ms. Lumb at a queer show. The two started talking to each other when they realized they were the only two Asians in the room. Since then, Ms. Foo has been regularly tending to the plants at the GCM once or twice a week.

“We connected, and I’m very happy, to be very honest. Whenever I come here, it’s just a good energy,” she beams.

GCM hopes that she and the other gardeners will be able to bring these positive vibes and intergenerational connection back to Chinatown soon. 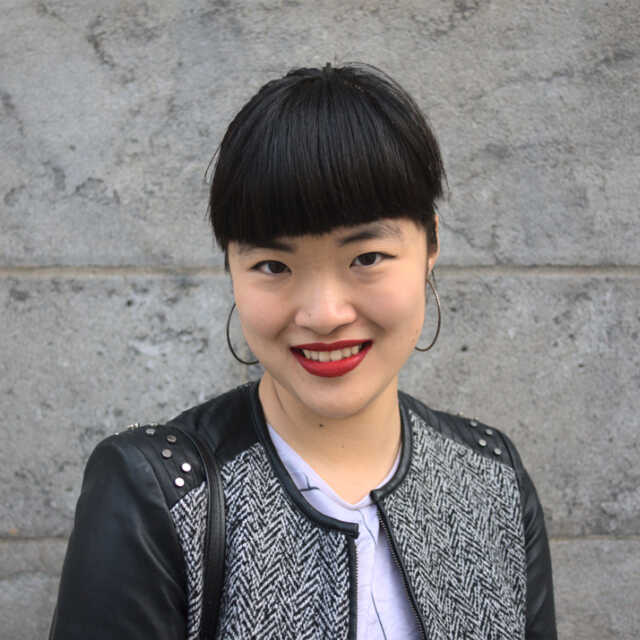 Diamond Yao (she/her) is an independent writer/journalist from Montreal/Tio’tia:ke who focuses on contemporary social and environmental issues. She aims to bring underreported stories and perspectives into important conversations. Her work focuses on marginalized voices, intersectionality, diaspora, sustainability and social justice. Find her on Twitter at @graceofyul.