What a time to be alive. It’s hard to determine if you’re in a moment of historical significance in real time. Such periods are only really established after the fact, when we can organize the messiness of reality into a narrative that helps us make sense of what has already transpired.

That being said, I think it’s clear something significant is happening right now. We’re living in an age of disruption, where once consistent trends in politics, economics and society are being challenged daily. For progressives it can be extremely disorienting at times, as old orthodoxies about how progressive politics operates and who is part of our movement are shifting.

Prime examples are articles from right-leaning commentators gleefully claiming Jagmeet Singh is losing the battle for the hearts and minds of Generation Z to Pierre Poilievre (and polls seem to show that perhaps a shift is taking place).

Similar voices go so far to even claim the new counter-culture, anti-establishment position is no longer situated in the political left, but instead in the ideas of the radical right. I’m not sure this is the case, but even in my own life I’ve seen many individuals who are angry at ‘the system’ start to look to the answers provided by right-wing populism over left-wing perspectives.

In the 2022 Ontario election, we saw Doug Ford attract an unusually high number of endorsements from organized labour, specifically from the building trades. This despite his scrapping of pro-worker legislation like Bill 148 (Fair Workplaces and Better Jobs Act) and resisting paid sick days during the height of a global pandemic.

Then there is the reality that across Canada right-wing populist groups continue to find success in using COVID-vaccinations to wrap their causes in the language of human rights, freedom and protecting minorities.

Overseas, Sweden, long seen as the quintessential ‘Nordic socialist utopia,’ now has the balance of power resting squarely in the hands of a far-right party.

Even in popular culture things are upside down. Dave Chapelle and Kanye West, two of my favourite artists in the 2000s, whose early work included poignant critiques of racism and inequality in America, have now been transformed into culture war martyrs for political conservatives.

So many things about politics today seem to be out of place.

And it’s very hard to pin down what’s driving this. Polarization in our society, our dividing into opposing political tribes, where people’s social values, lifestyles, beliefs and geographies all cluster around their politics is part of this.

The algorithmically curated echo chambers we inhabit in social media is also an important factor. And a major trend connected to both factors is the widespread prevalence of misinformation. The fact we now live in a post-fact world.

For those of us interested in creating a 21st century political agenda that can speak to pressing issues like the transition to a green economy, social inequality, reconciliation with Indigenous Peoples and expanding the reach and effectiveness of our social safety net—this post-truth era is a real problem.

It’s already hard to build a political coalition when a third of the population won’t give your ideas consideration due to cultural divisions. It’s even harder when your movement has built a lot of its branding around being evidence based, but the concept of ‘objective’ facts is disappearing.

Balancing a righteous anger at the imperfections of our system with a hopeful call to still engage is not an easy feat, but it has to be done.

In order to find answers to how we can move past this impasse, it is helpful to reflect a little on how we got here. Because the reality is the flipside to the rise of misinformation is the decline in the legitimacy of the mainstream media.

Full disclosure, I write a semi-regularly for a mainstream media company, the Toronto Star. And actually it’s from the experience of writing op-eds over the last two years that I’ve gotten a new perspective on the divides over basic facts that exist in Canadian society.

Shifting through Twitter comments and occasional ‘hate emails’ that my articles generate, I’ve been struck by an irony in the venom my right-wing detractors express towards the mainstream media. The irony being that these contemporary critiques are strikingly similar to the left-wing critiques of the media from when I came of age in the early-2000s.

As a young man whose political awakening coincided with September 11th (the first political rally I attended was against the Iraq Invasion), critiques and distrust of the media were a given. As a ‘hip-hop head,’ I consumed lots of conscious rap music at the time, which was scathing in its attacks on the media.

One of the defining albums of that genre, Dead Prez’s seminal Let’s Get Free album, a gritty ode to Black power and socialist politics, included an entire song, Propaganda, dedicated to skewering the media for ‘telling lies to our children.’ Such work fit within a larger discourse across progressive spaces that the mainstream media was systematically racist and Islamphobic, had cheerleaded an Iraq invasion on false pretenses and was promoting an unbridled consumerism that was destroying the planet.

It’s almost funny how the wheels of history and society turn.

Over the 20 years following the turn of the millennium, some major social shifts took place.

Widening income inequality in our post-industrial societies led to a clustering of highly educated, economically flourishing, cosmopolitan professionals in urban centres. The rise of the so-called creative class (though professional-managerial class is a more apt description). Journalists and other media professionals were squarely part of this new club.

And over this same period, the tone and content of mainstream media did shift, with more focus on issues of social equity and representation. This was driven in part by a new generation of employees, in part by simple economic calculation of ‘catering to your audience’ and by the reality that those employed in the news media faced social pressure to be reflective of the mainline views of their social group.

This is not to say mainstream media has become as overwhelmingly progressive as some claim, or that left critiques of the media have disappeared. But there has been a shift and now many of the biggest and most vocal critics of the mainstream media are those who are socially or politically are offside of contemporary liberal worldviews.

And clearly, there are many other parts to this story, including the mass dissemination of fake news by corporate interests (e.g. supporters of the fossil fuel industry) and foreign governments and the reality that financial pressures have led news companies to invest less in investigative journalism and more in opinion pieces. All of these factors brought us to a place where faith in ‘the news’ has dropped substantially. And where misinformation, curated to your specific biases and beliefs, has flourished.

So what does this mean for progressive policies and politics? The irony is in an age of misinformation, compelling political narratives and emotional appeals become even more important to galvanizing political support. Yet for many issues progressives need to present a nuanced position that can appeal both to the educated urban dwellers, while also appealing to those who feel left out and underrepresented by mainstream systems of all kinds.

The work won’t be easy. But the alternative is accepting a ‘post-Truth’ society.

Progressive leaders must now craft narratives that say, “yes we recognize the way mainstream institutions, whether government or the media are failing you, but we also still need these things, so here is our plan for how to revitalize them.”

Balancing a righteous anger at the imperfections of our system with a hopeful call to still engage is not an easy feat, but it has to be done.

But what does that mean when it comes to the media itself? Clearly our very democracy’s survival is contingent on dealing with the threat of misinformation, but answers are not simple. Part of the answer has to do with deeper regulation of social media companies, but the challenge is to do this and not be labelled as attacking free speech.

Another part is about using public dollars to support strong local journalism, but there are real limits to the public appetite for this. Individuals putting their own money behind quality news coverage is the easiest response, but probably the hardest way to produce systemic change.

My inclination is we may need even more unorthodox thinking to face these issues. Maybe we need to create expansive, independent, politically neutral, fact-checking organizations? But could such a thing really work?

Or, is the response a greater focus on new forms of adult education, so that the general public’s ability to discern what’s real and fake news can be increased? That approach would help, but will take time to reap results.

Probably it's fair to say that in the face of uncertainty the best thing to do is to try and test as many approaches as possible. The work won’t be easy. But the alternative is accepting a ‘post-Truth’ society. A new age of misinformation where rage and polarization will only increase. An age where building cross-sectoral coalitions that can deliver meaningful progressive change will become increasingly elusive.

To avoid that, there is no option but to tackle the rise and origins of misinformation head on.

Kofi Hope is a Rhodes Scholar and has a Doctorate in Politics from Oxford University. He is the co-founder of Monumental, a Toronto based strategic advisory firm. He is an Urbanist in Residence at the University of Toronto School of Cities and writes a monthly column for the Toronto Star newspaper. Kofi has also founded and led multiple organizations focused on supporting Black youth in Toronto. 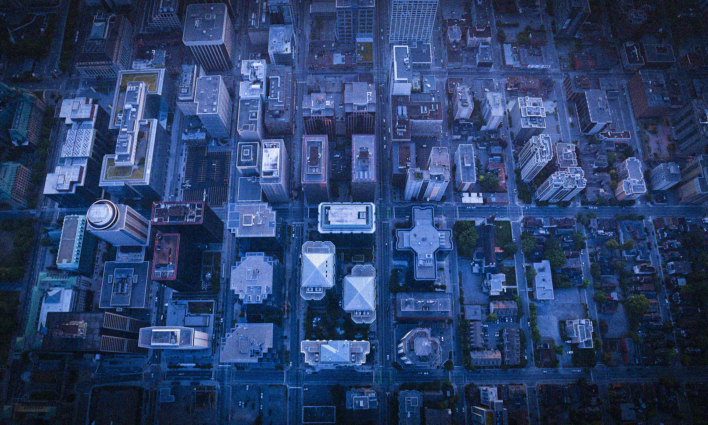 They came to my city