Convenient, accessible public transit isn’t a nice-to-have for cities. It’s an essential part of urban life and can’t be left to wither. 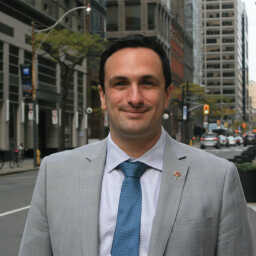 We've seen what a downward spiral looks like for public transit. The recession of the early 1990s, coupled with cuts in government funding funding, reduced service levels in Toronto. Even as the population grew, service fell by 16% between 1990 and 1996. It took 18 years for ridership to recover. Montreal experienced something similar.
Now, revenue is down again. Although this time, it’s not falling because governments are making cuts. It’s falling because of a COVID-induced drop in ridership.
How can we prevent another downward spiral? A vicious cycle of reduced service resulting in fewer people wanting to take transit, in turn further reducing ridership—and revenue. If that happens, our cities will become more congested. Climate targets will become much harder to meet. And for people who can’t afford to travel by car, access to employment and education will be further barriered and, in some cases, altogether inaccessible.

Almost two years into the pandemic, we’ve managed to avoid entering a downward spiral despite the largest, most sustained drop in ridership in Canada’s transit history. The reason is simple. In 2020, the federal and provincial governments provided unprecedented support to keep systems running. But their $4.6 billion in funding is running out. At some point, service will be reduced, likely significantly, and we know from the 1990s that it will take years, perhaps decades, for ridership to return.
Why transit needed support as COVID-19 began was simple. Before the pandemic, 51% of the costs of running public transit was covered by farebox recovery revenue (the share of costs covered by fares). Ridership fell by 85% in the pandemic’s early months (it’s now back to about half pre-pandemic levels). For every 10% drop in ridership, transit systems lose $470 million in revenue countrywide.
Cities can’t plug this hole alone. The Toronto Transit Commission is forecasting a transit shortfall of $561 million for 2022. In Montreal, where support from the federal and Quebec governments lasts longer than elsewhere, it’s $43 million.

In Metro Vancouver, $70 million. And Calgary, up to $89 million. The story’s the same for cities of all sizes across the country. Winnipeg is keeping transit and other municipal services running by raiding reserves. Municipalities, however, control only a tenth of the tax base. Their borrowing is also generally restricted to capital investments, not rescuing operating budgets.

So it’s going to be up to the federal and provincial governments to extend the operating support they’ve already provided. When operating support first arrived in the summer of 2020, nobody could have foreseen that we’d still be working and learning from home into 2022. As a result, transit systems are facing a multi-year decline in ridership, and need a multi-year support program to keep running.

For all the data on lost revenue and fewer riders, it’s easy to forget that more than two million people rely on transit every day. Many of them are lower-income workers, disproportionately women and racialized people.

Transit systems have calibrated service levels so they’re more in line with demand. Routes serving airports and campuses were significantly reduced when people weren’t flying and post-secondary students were learning from home. Equally, on many routes serving lower-income neighbourhoods whose residents couldn’t work from home, service remained high. The most recent figures show an overall service reduction of almost 10%. But left unaddressed, future service cuts will be far more severe.

For all the data on lost revenue and fewer riders, it’s easy to forget that more than two million people rely on transit every day. Many of them are lower-income workers, disproportionately women and racialized people. Riders have intersecting identities and are also often students or seniors, and people with disabilities. Convenient, accessible public transit isn’t a nice-to-have for cities. It’s an essential part of urban life and can’t be left to wither.

But if transit is left to languish, we know that those who can afford to drive probably will. In the darkest days of lockdown in 2020, 75% of people who left transit but still commuted travelled by car. The only way to make transit the mode of choice is if service remains high. Conversely, the fastest way to increase emissions, make our cities sprawl worse and more congested is through steep service cuts. Public transit’s contribution to climate action is significant—as large as taking three million cars off the road—but it can only cut carbon if people take it. Which they will only do if it’s convenient.

The irony of the situation transit faces is that the federal government and many provinces are building more new transit now than they ever have before. Many governments are helping systems electrify their fleets. It doesn’t make sense to build lines or buy electric buses for transit systems if cities can’t afford to run them.
Longer-term, we will likely need to look at a new funding model for transit. And though there are likely long-term, perhaps permanent, changes to how we work, transit systems can adjust. Service doesn’t have to be geared around the morning and evening rush. It can change to allow for more non-work travel, with just as many climate benefits.

For all the exciting advances in electric cars, they alone can’t and won’t get us to net-zero by 2050. A recent University of Toronto study found that unless growing electric car use is coupled with growing transit use, climate goals won’t be met. The C40, a group of almost 100 cities committed to climate action, believes transit use will have to double over the next decade if we’re to limit temperature increases to 1.5°C.

Yet the single biggest reason for Ottawa and the provinces to keep transit running isn’t emissions or traffic. It’s the people who depend on the service to get to work, to school or for daily life. Before COVID-19, Canadian transit systems had some of the highest rates of farebox recovery in the world. This model leaves their revenue streams more vulnerable to the financial fluctuations caused by changes in ridership.

Public transit that works for the people who need it and the cities where they live is in the national interest. As they did when the pandemic began, Ottawa and the provinces should work together to provide operating support. Because if they don’t, we know what a downward spiral looks like—and how long it takes to recover. 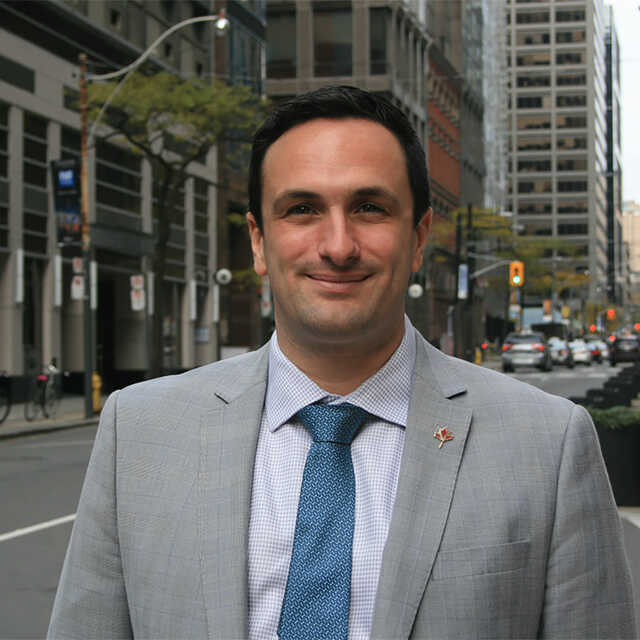