Out of service: Creating accessible transit is a win for everyone

Have you taken the bus recently? Your answer says a lot about where you live, your income and more. 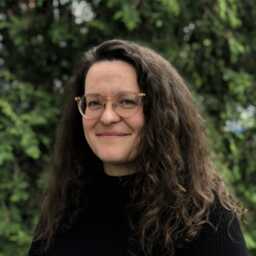 Have you taken the bus recently? Your answer says a lot about where you live, your income and more. People who have continued to use public transit during the pandemic in Canadian cities are more likely to be racialized, earn lower incomes and have a disability.

Live in Western Canada? You had an early preview of being stranded by Greyhound in 2018, which stopped operating all bus service in Canada in May 2021. Despite the call by the National Inquiry into Missing and Murdered Indigenous Women and Girls for governments to invest in safe inter-city public transit, people living in rural areas and on reserve have been especially impacted by this service loss.

We should all care about public transit becoming more popular, too. A recent report by global climate organization C40 Cities says that public transit use in cities must double by 2030 to meet 1.5º C emissions targets.

Doubling transit use in the next eight years is a tall order, with pandemic ridership still clocking in below 50% across many Canadian cities. But experts fear that the opposite is on the horizon: a transit “death spiral” and a car-led recovery resulting in increased greenhouse gas emissions and gridlock. Because public transit systems depend largely on rider fares for their operating budgets, fewer riders during the pandemic has wreaked havoc on transit agency and municipal budgets. Yet service cutbacks and fare increases will only drive more would-be riders away, and increase crowding on heavily-used routes.

Whether previous transit users return in the immediate term depends partially on government lockdown measures, and to what extent major employers that have switched to remote work arrangements will require employees to return in-person. The typical rush hour on transit has changed as fewer people commute to downtown offices.

These changing travel patterns present an opportunity to shift who we design transit service for, which will have spillover benefits that contribute to racial, gender and disability justice. Reducing crowding standards and running more service during off-peak, daytime hours can mean more space for strollers, grocery carts and mobility devices, especially benefitting women who are more likely to “trip chain,” or run multiple errands on transit. Adding nighttime service improves the lives of shift workers and after-dark trips for women, trans and gender-nonconforming people who report that long waits at isolated bus stops don’t feel safe.

The consensus on how to encourage more people to choose transit can have some elitist assumptions that deserve reexamining. Transit planner Jarrett Walker argues that the tendency in transit planning to focus on attracting new, “choice” riders—those who have other travel options such as driving or walking—means new investments tend to benefit wealthier areas. The assumption is that riders without other transportation choices will continue to take transit regardless of how infrequent or crowded the service is. That this latter group of transit users are often termed “dependent” or “captive” riders reflects not just condescension but the fact that professional-managerial class transit planners can afford to live in walkable neighbourhoods or drive cars.

New research has called this premise into question. A group of Toronto-based transit researchers found that low-income households with one or more cars are likely to use transit if it improves, and they argue that investing in low-income areas can help meet mode-shift and social equity goals.

Adding service is the key to increasing transit use. A McGill University analysis of 14 years of ridership data from 25 North American cities found that a 10% increase in bus service was associated with an 8.27% increase in ridership. As Jarrett Walker explains, “frequency is freedom.” People will choose transit if it takes them where they need to go, when they want to get there.

The cost of fares matters to riders, too. The same McGill study notes that a 10% increase in fare cost is linked with a 2.19% decrease in ridership. In survey after survey, people experiencing poverty report skip-ping meals to pay for the cost of transit. More Canadian cities are offering fare discounts for people receiving social assistance, but many are not affordable enough and aren’t available to the working poor, who spend a significant portion of their income on transit costs.

If cost was not a barrier, would more people take transit? A unique program in Kingston, Ontario suggests that high school students could become transit users for life. Since the program began in 2021, combining no-cost bus passes with an orientation program for high school students, overall ridership growth in the city by 73%.

Cities around the world are experimenting with fare reductions and service improvements to win people back to transit systems and address inequality. Los Angeles will soon pilot fare-free transit for youth up to 18 years old, college students, and low-income riders. Paris introduced free travel for youth up to 18 years of age in 2020. Boston and New York installed miles of bus lanes to improve commute times for essential workers.

The call for governments to fully subsidize public transit like health care and libraries has gained traction in recent years. Positive spillover effects include the elimination of racist fare policing and the potential to curb transit worker assaults, which occur most often when there are disputes over fares. Fare reductions can effectively be a form of income support that redistributes wealth, if funded through progressive measures.

Despite transit’s clear importance to climate action, party platforms in the most recent federal election disappointed on public transit recovery, focusing mostly on capital investment in electric buses and new infrastructure rather than operations.

The Greens were the only party that scored higher than a “C minus” on the Canadian Urban Transit Association’s report card on the question of ongoing operating support. The NDP’s pledge to support municipalities who want to move towards free transit was not paired with a sufficient commitment of operating dollars. The Conservative platform was more blunt: “Public transit is important, but let’s be realistic: Canada is a big, northern country, where for many people the idea of giving up a car and taking transit is simply impossible.”

Until the pandemic, funding for transit operations varied by province, but the federal government had steered clear of providing any operating support. That’s typical in the Global North, according to a recent policy review by the Our Public Transport Campaign, although Italy is an exception. Critically, the campaign argues for international solidarity with debt cancellation demands in order to sustain local public transit in Global South countries.

Emergency relief to local transit agencies from both levels of government has been transferred in fits and starts, much of it through the Safe Restart Agreement which expired in late 2021. Provinces were meant to match Safe Restart funding to unlock it for municipalities, though Nova Scotia, Saskatchewan, and Manitoba used a loophole to sidestep the requirement. Meanwhile, Ontario sought to attach strings to the funding and require local transit agencies to evaluate their least-busy routes and consider “microtransit.”

Keeping transit running, winning back riders and then doubling ridership will require unprecedented investment and federal support for transit operations. An estimated $400 million per month was required to keep the lights on across Canadian transit systems during the periods of low pandemic ridership; that’s just a fraction of what would be required to double service levels, build new transit infrastructure, and make fares free. The good news is that the federal government can raise the revenues needed to rebuild thriving public transit systems that reduce greenhouse gas emissions and unlock everyone’s ability to move freely.

Canadians for Tax Fairness estimates that Canada could generate $90 billion in annual revenue with policies like closing tax loopholes, taxing the rich, and making polluters and corporations pay their fair share. Redirecting capital funding for highway expansion could be another important source. It’s worth remembering that in the first year of the pandemic alone, Canada’s federal government diverted $18 billion in funding to assist the country’s oil and gas sector. Typically, the government subsidizes the industry to the tune of $3.3 billion annually. The American #TransformTransit campaign has measured the over-in-vestment in highways in the US over decades, finding an unfair 80/20 split between federal highway and transit funding. Curtailing highway expansion has the added bonus of preventing the continuous outwards sprawl of cities, which stretches the capacity of already-underfunded public transit services and entrench-es reliance on cars.

Creating accessible transit systems across Canada is not only possible, it is critical for achieving climate goals and creating an equitable society. But we can’t get there if we don’t fund systems as if they—and their riders—matter. 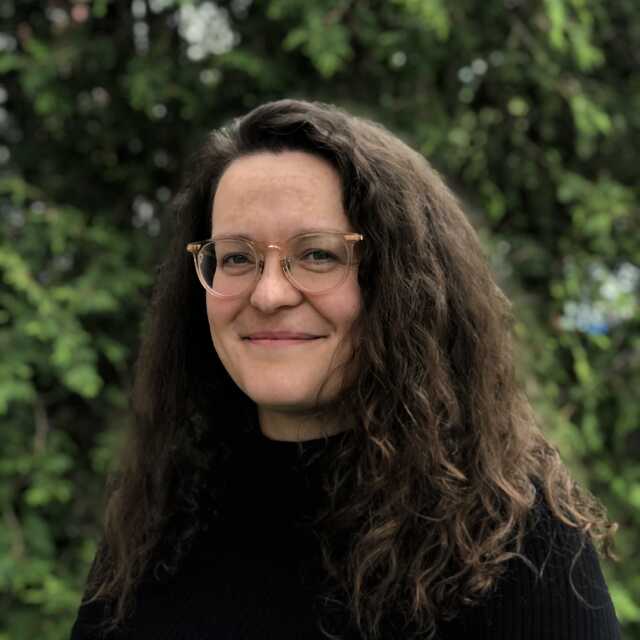 Shelagh Pizey-Allen (she/her) is the Executive Director of TTCriders (@TTCriders), a membership-based group of transit users in Toronto. TTCriders participates in the pan-Canadian Keep Transit Moving Coalition, which campaigns for the federal provision of transit operations funding.