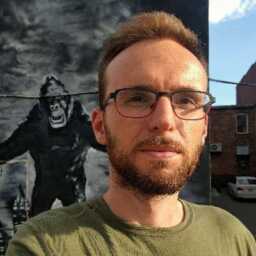 IN APRIL 2020, Justin Trudeau placed a large order on Amazon. It wasn’t for soon-to-be sold out beard trimmers or novelty socks. No, Jeff Bezos was going to help the Canadian government distribute its national stockpiles of PPE to hospitals, health authorities, and other agencies around the country.

The decision to use the for-profit logistics network and know-how of a corporate giant showed just how severely the public sector had been hollowed out before the pandemic struck. It was also emblematic of how the private sector has captured not just public decision-making but our collective imagination as well. And it showed how reticent governments are to creatively use the tools they do have left—including, in this case, the skilled and unionized logistics workforce at Canada Post.

This is but one example of how states are fighting the COVID-19 pandemic with at least one hand tied behind their backs. These same governments have undermined public planning capacity for decades. More than an infectious pathogen, the novel coronavirus
is a very harsh mirror held up to pre-pandemic reality. It is showing up the nearly nonexistent industrial policy and democratic planning institutions across much of the world, particularly in North America and Europe. It is exposing the true cost of hollowed-out public services, debilitated trade unions, and cross-cutting economic and racial inequality.

But it is doing so after a long material and ideological assault whose aim was to redistribute resources and power. Public services are meagre because of decades of privatization, outsourcing and austerity. Unions are weaker because they were, and are being, broken. Planning and industrial policy are struggling because we have largely been made to forget how to use them—if we ever really knew. In short, the pandemic has arrived after four decades of neoliberalism, and it shows.

Neoliberalism is often presented as a project to shrink the state: a vicious circle of cutting taxes and cutting public services. No doubt taxes and public services have fallen to the axe. However, more than anything else, neoliberalism has been a project to remake the state. Governments still do things, but they do very different things than they did—or could be doing.

It is a creative project: expanding the scope of existing markets and creating new ones where they didn’t exist. “Nudging” people replaces providing services; “nudging” businesses replaces regulating them. Market logic replaces deliberate planning. Another favoured term, more at home in corporate-speak, is “aligning incentives.” We are not citizens engaged in conscious decision-making, but consumers shepherded along the path of unspoken desires.

Neoliberalism began, in part, as a reaction to the idea of planning itself, to the idea of collective, conscious decision-making. It was shaped by obscure debates in the 1920s, ’30s and ’40s about the possibility of a centrally planned economy. After the Second World War, when the ideology took shape, these intellectual concerns translated into real-world fears of the rising power of workers in the advanced economies; of Soviet experiments in planning and associated industrial expansion; and of developmentalism in the global South. The so-called First, Second and Third worlds each produced their own threats to the rule of markets and accumulation of profits.

Countries around the world have been unable to handle a pandemic, one that scientists had long expected to strike, in part because of concerted efforts to undermine and eliminate democratic planning capacity.

The remedy was an intellectual assault on collective action. Early neoliberals like Frederich Hayek and their later acolytes treated common knowledge gained through deliberation and action consciously planned in common as illusory, if not outright impossible. It is only when confronted with a wall of toothpaste in the supermarket that I find out how much clean and healthy teeth are worth to me—conveniently translated into dollars per tube. Margaret Thatcher summed it up when she proclaimed, “There is no such thing as society. There are individual men and women and there are families.” Only the market can cajole us to do things together or to divulge thoughts we didn’t even know we had. That, in neoliberal dogma, is its unique magic. And private profit is its engine.

What may seem like an arcane intellectual debate has now shown up in COVID-19 case numbers and death counts. Countries around the world have been unable to handle a pandemic, one that scientists had long expected to strike, in part because of concerted efforts to undermine and eliminate democratic planning capacity. The aim was to shake our faith in our capacity to solve problems together.

The law of unintended consequences

The manufactured distrust of planning has an impact on how we see the world. Today, unintended consequences are everywhere. They especially suffuse the language of politics. How many politicians have refrained from raising welfare rates or eliminating tuition fees by blaming it on the spectre of unintended consequences?

The grand neoliberal reforms, whether Margaret Thatcher’s erosion of public housing via the right-to-buy scheme or Bill Clinton turning welfare into workfare, were sold on the idea that people had to have an individual stake in things. Only, another stake was being driven through public ownership and public decision-making along the way. The project to give individuals “skin in the game” is the same one that dismantled the welfare state in the global North and halted the developmental state in the global South. The point was not just to destroy the state but to refashion it, to enforce market logic.

Pandemics have consequences, too

This logic was partially upended by the pandemic. The pandemic has clarified just how much we really depend on each other. It has shown us how much we have in common—so many public health measures, from masks to lockdowns, rely on us collectively committing to an action together—and how much our world has cleaved us apart.

While the right still worried about unintended consequences, furloughs, payments and emergency benefits flowed because not doing so would have led to spiralling infections and deaths. The decision about which work was essential and which was not was a conscious one—one the market was incapable of making. At the same time, decisions about who did the essential work were left up to the old market order. We cannot really say that we are all in this together when death rates and unemployment rates are so disproportionately high among low-wage and racialized workers.

The pandemic may have exposed the injustices and irrationalities of our world but, mostly, governments have used the equivalent of policy duct tape to keep the system from seizing up and breaking down. Income supports have been necessary lifesavers. They have also shown just how inadequate wages and benefits were before the pandemic. Worries that a $2,000 monthly cheque would dissuade people from looking for work says more about pre-pandemic poverty wages than modest pandemic supports.

Beyond these emergency measures to shore up incomes, the first months of the pandemic could have been used to expand public planning. A simple step would have been to begin creating public distribution networks for masks, food and other essentials—something also very useful for distributing vaccines! This wasn’t impossible: the state of Kerala, India, much less affluent than Canada, did just this. Its government flexed its less atrophied planning muscles and utilized existing public, social and community organizations to distribute necessities and spread public health messages from the very start of the pandemic.

Once the need for disaster statism recedes, the question will be whether states can be pushed to invest in a real reconstruction and a deep restructuring.

Against heady invocations of the end of neoliberalism, it seems that things today remain very different yet, in some ways, very much the same. Much of the state response, so far, has been keeping the capitalism of February 2020 in suspended animation. Governments have rightly taken on debt just to keep people afloat and to avoid a depression, but this is standard Keynesian firefighting. Once these firefighting measures are over, the real fight over the shift to a collective, planned response will begin.

There were some glimpses of this early on, as even some manufacturing plants here and there retooled on government orders: Louis Vuitton made hand sanitizer instead of perfume in France, tractor maker John Deere made face shields in the USA. These, however, were sporadic episodes, unwillingly embarked upon. Once the need for disaster statism recedes, the question will be whether states can be pushed to invest in a real reconstruction and a deep restructuring.

Luckily, the window for change hasn’t closed. If anything, it is only starting to open. In the aftermath of this pandemic, we must undertake the task of remaking the state once again. The pandemic has reaffirmed how much we depend on one another—that society really does exist. We need to foster existing collective projects and create new ones: from renationalized long-term care to expanded public and cooperative housing, from public pharmaceutical companies to delivery driver co-operatives. The world was desperately calling out for a Green New Deal of massive, planned, public investment 12 months ago. Today, it is screaming for it.

Interestingly, the Canadian public health agency cancelled the Amazon agreement struck in April after just four months. It turns out the country needed a simpler, more centralized system; a public one better suited to the specificities of procuring and handling PPE while simplifying the logistics of making larger deliveries to fewer locations. In short, it needed a plan.

We will need many more plans as we come out of the pandemic and into an era of accelerating climate change. Our task is to create institutions for democratic planning and collective decision-making that can make those plans, and, in doing so, remake the world. 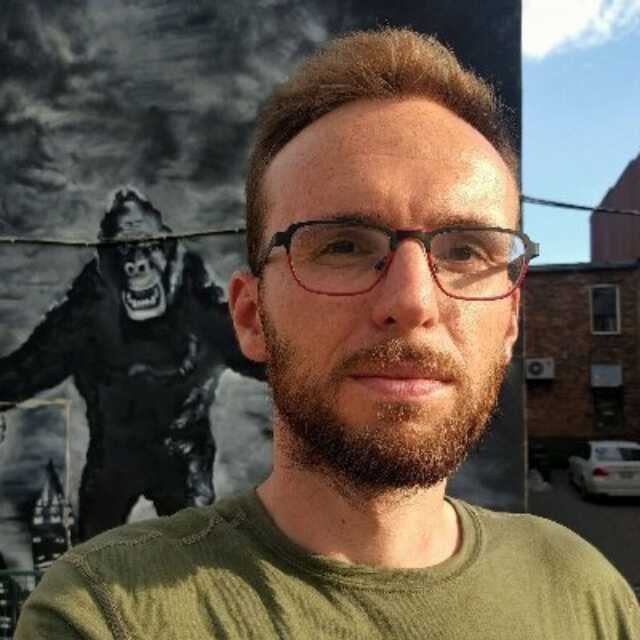 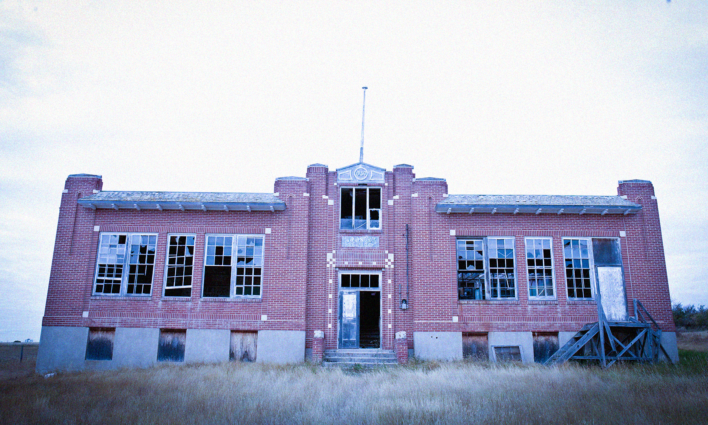 A public vs. private battle is brewing in Saskatchewan education

Religious education in Saskatchewan is leading a charge against public education. Can communities fight back?