Following the historic ceasefire accord of June 2016, former members of the Revolutionary Armed Forces of Colombia have faced stigma when reintegrating into Colombia's formal economy. One solution? Microbrewing. 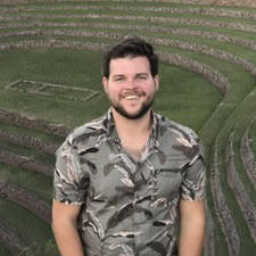 As I sit at the bar sipping my craft beer on a cold Thursday night in Bogotá, I enjoy the place’s musical selection of ’80s New Wave. But as Sting’s voice resonates through the speakers (‘’Every move you make, Every vow you break, Every smile you fake, Every claim you stake, I’ll be watching you’’), I start to think about how fitting the song is for the bar I’m at. It’s owned by former guerrillas from what was once one of the world’s oldest insurgent groups, the Revolutionary Armed Forces of Colombia (FARC), who often had to live a great portion of their lives clandestinely.

Lubianka, located in one of Bogotá’s hippest neighbourhoods, Parkway, looks like most bars in the area. It’s a large mid-century house, most likely abandoned by the rich during Bogotá’s urban expansion, that was converted into a bar with an inviting outside patio. But when you step into the bar, you quickly realize that it’s radically different from the other bars nearby.

The decorations are different, to say the least. There are Soviet posters, pictures of Fidel Castro and Salvador Allende, and one room has a FARC flag in it. The bar’s beers also have unique names that either honour revolutionaries or play on Colombian politics. There’s the Zapata, whose taste has a hint of habanero and a label showing a picture of the Mexican revolutionary. The Allende is an American pale ale brewed in honour of Chile’s democratic socialist president, who was overthrown by a U.S. backed-coup in 1973. The Sin Mente Como el Presidente (Without a Brain, Like the President), an American amber ale, expresses how the owners feel about Colombia’s current administration. In celebration of International Women’s Day, they put out a beer in memory of Mariana Paéz, a FARC commander who died in 2009 during a Colombian military operation.

Yet, Lubianka doesn’t just sell its own beers. It serves craft beers from all over Colombia. According to one of the owners and a former ex-combatant, Illich Cerón, they look for beers brewed with a cause. They serve beers brewed by ex-combat-ants and beers and other products made by young people, victims of the conflict, and other marginalized communities.
Cerón says the bar is not just about beer, though. It’s a space for people and organizations to gather and have a real debate over beer, something Cerón likes to refer to as Bierepolitik. He says Lubianka is a laboratory for ideas that promote the construction of peace and dialogue.

“We’ve had a lot of people come in since we started. People from the left, but also people from the right. But that’s exactly who we want coming in. People who voted against the peace agreement, people who have questions because they have also been ignored by the system. This space is a receptor of dialogue. In this space, they know that they can at least be heard.”

“We could not get a reference for a bank account because of the time we’d spent in the guerrilla movement or in prison.” —Doris Suarez

In 2019, before the pandemic, Colombia had 255 craft beer businesses. This number has most likely shrunk, given the difficulties that many of these businesses

had to endure during the national COVID-19 lockdown Colombia implemented and the continued restrictions due to the inability of the Duque administration to control the virus. Beyond these restrictions, it’s a difficult business in general because craft beer is still relatively new in Colombia and many of the ingredients have to be imported.

“Brewing craft beer in Colombia is a hyper-mega revolutionary project for a lot of reasons. First, it’s so expensive. Almost everything has to be imported—hops from Argenti-na or Chile, lupulo from the United States. Whoever gets involved in this process has a lot of challenges to overcome and a lot of work ahead of them. Then we have to challenge the industrial beer monopoly in the country. One company controls all production and buys out serious competitors,” Cerón stated.

However, he said these difficulties haven’t stopped people from supporting craft breweries. “What we’re seeing is a craft beer revolution. Mostly young people are making the conscious decision to not consume industrial beers and instead consume craft beers. This is leading to an awakening to the power of local businesses. All of this [has been] happening over the past 7 to 8 years and is leading to the expansion of these projects.”

Besides Lubianka, various craft beer projects have been founded by reincorporados. In Bogotá, three brands have begun circulating in craft beer bars: La Roja, La Trocha, and la Alternativa. Each has a unique flavor and each name plays on radical-political tropes: la roja means “red”, la trocha means “trail”, and la alternativa means “alternative.”
Each of these beers has a unique story about how the former combatants came around to brewing beer as part of their reincorporation project. According to Doris Suarez, one of the owners of La Trocha, their project surged when various former political prisoners put together the 8 million pesos (about 2,600 CAD) they received as part of the peace agreement to found a business together. Saurez says they had originally thought of various projects until a craft brewery, La Popular, reached out and offered to show them how to brew beer. This gesture led them to get a certificate in brewing from the National University of Colombia.

Despite the help they received, it was not easy for Suarez and the others behind La Trocha to start the brewery.

“Then, when we finally found a locale for the brewery, we were kicked out. Then we couldn’t find anyone to rent to us because of the stigma against former members of the FARC. It wasn’t until we put out a viral video that we were finally able to get help finding a place.”

But that didn’t stop them from turning the new place into La Casa de la Paz (The House of Peace)—a part bar, part social center. Suarez says La Trocha is different from a traditional capitalist business because it’s trying to compete with high-quality service to the community and not chase profits. La Casa de la Paz embodies this business model.
Like Lubianka, La Casa de la Paz serves as a place for people to debate new ideas and see what the peace and reincorporation process looks like upfront, whether it ‘s while having a beer with friends or participating in their weekend Campesino markets. There, various social enterprises, some made up of excombatientes and some of campesinos, sell everything from cheese to homemade belts. I even had the opportunity to participate in a coffee-growing workshop, where I learned the ins and outs of coffee production and was able to buy coffee from ex-combatants afterwards.

While Colombia is once again in the news cycle due to the national strike, the peace process remains a contentious issue in the country, where a slim majority of voters voted against the peace deal in 2016. Many reincorporation initiatives are agricultural projects based in rural areas where armed groups still exercise some control, so ex-combatents have to deal not only with stigmatization but also violence, according to Indepaz, a Human Rights NGO. Twenty-nine ex-combatants have been murdered this year, and 278 have been murdered since the peace agreement was signed in 2016.
However, the growing craft brewery movement gives hope to those trying to make visible the struggle of ex-combatants trying to reincorporate into society. There’s something unique about sitting down and having a beer with someone that makes us realize the humanity in others, despite the differences we may have in our politics or life experiences.

“A lot of people come in and buy a box of beer to give as a gift,” says Cerón. “To some, it might just be liquid in a bottle but for us, it has an extreme symbolism. This liquid stands for something, and the fact that someone is giving that away means something.” 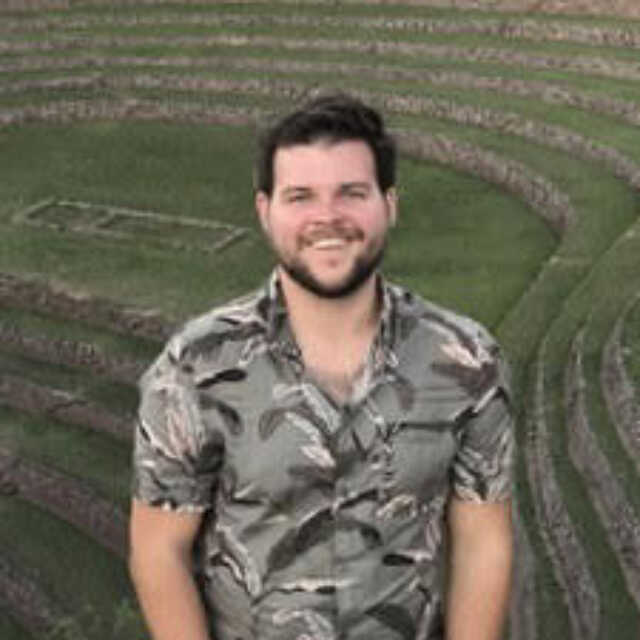 Cruz Bonlarron Martínez (he/him) is an independent writer and researcher currently living in Colombia. He writes on politics, human rights, and culture in Latin America and the Latin American diaspora. Follow him on twitter at @cruzbonmar.