On January 28, the city of Ottawa changed forever as a hate-fuelled convoy set up camp for what would become a 26-day occupation. 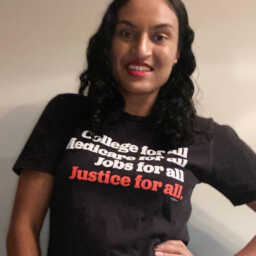 On January 28, the city of Ottawa changed forever, as the result of actions taken by a group of individuals labelled a “fringe minority” by the prime minister. These individuals drove into Ottawa, ostensibly to end the COVID-19 mandates.

Instead, their trip turned into a 26-day demonstration of hate, racism, misogyny and homophobia that created emotional turmoil for the people of Ottawa. Downtown residents were scared, anxious and on edge. Many lost faith and trust in law enforcement and all levels of government, who had failed on all counts to fulfil their job to protect and provide support.

Mackenzie, one such resident, described the occupation as a waking nightmare. “The first week of constant honking was like a wall of sound—there was nowhere to escape it. I couldn’t leave my apartment without being barraged by the horns, the fumes of the trucks and the people participating. On one occasion I was surrounded by men who chanted ‘freedom’ in my face and told me to take my mask off. It felt like we had been abandoned by all levels of government.” Another downtown Ottawa resident (who wished to remain anonymous for safety) echoed this sentiment: “I felt unsafe and frankly uncomfortable to go out of my house. I kept the walks with my dog short in fear of running into them. I was confined to my house for more than three weeks. That is not a way to live in a supposedly safe city.”

Occupiers were yelling “freedom” in the streets, but I asked myself: what freedom? I did not feel free.

Some of the city’s most marginalized residents were particularly impacted by the occupation. Many home-less shelters in the Ottawa area, including Cornerstone Housing for Women and Shepherds of Good Hope, were affected by the disturbance created by the chaos of the occupiers. “Staff and residents had issues access-ing the shelter on the bus. Then, when the city got put into the red zone, the increase of police presence made it difficult for residents to get appointments or look at housing outside the sector,” explained Amber Bramer, the resource development manager of Cornerstone Housing for Women.

“Staff had to [re]arrange their lives…many BIPOC staff and residents didn’t feel safe coming into work or leaving the shelter. Truckers were stationed right outside the shelter, which increased mental health issues and anxiety. The horns were torturous the first couple of weekends—women were seeking hospital support and more mental health support, and some of the convoy supporters tried booking spaces at the shelter, taking the spaces of women in crisis. The protest also resulted in residents increasing substances to cope with anxiety and mental health of these protests.”

The downtown havoc meant Shepherds of Good Hope’s staff and clients faced similar challenges. In a statement, Shepherds of Good Hope wrote, “Trucks were parked in our ambulance drop-off zone for nearly 12 hours until they were removed and towed with the support of Ottawa Police Services. In addition, the staff and volunteers at our soup kitchen experienced verbal harassment and pressure from protestors seeking meals.” Fortunately, the situation resulted in Shepherds of Good Hope receiving financial support, raising over $750,000 from community members in Ottawa and supporters across the country. This is just one example of how the community in Ottawa, and beyond, came together to support each other during this time. But even with our efforts, the threat remained.

I was also impacted by the experience. As a woman of colour and a child of immigrant parents, living in Ottawa’s downtown core during the 26-day occupation was a nightmare. I was terrified to leave my house or to make eye contact with people on the streets for fear of being targeted by occupiers. Throughout the night, I could hear music blaring. Fireworks being set off sounded like gunshots, resulting in anxiety attacks and my being fearful of even sleeping in my home. I saw police officers high fiving and hugging protesters and allowing them to aim fireworks at my building.

Occupiers were yelling “freedom” in the streets, but I asked myself: what freedom? I did not feel free. I was struck with sadness and disappointment. For more than three weeks I was terrified, exhausted, and anxious about what would or could happen every hour and day.
As someone who recently moved to the city, this October will be my first time voting in an Ottawa municipal election. Not just I, but everyone in Ottawa will be looking for answers. We will be asking how the city will ensure that all of its residents feel heard and safe in their own streets, communities and homes. What will the police do to rebuild what was already a shaky trust, and what impact will this have on existing
calls to revisit their budget? 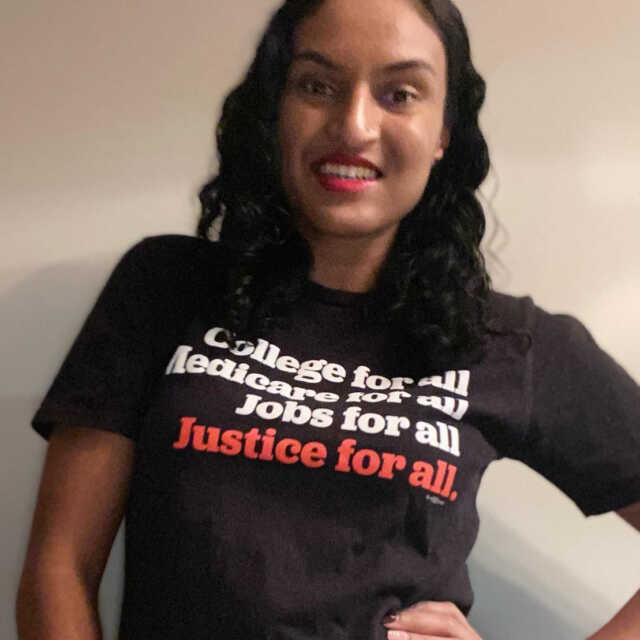 Arushana Sunderaeson (she/her) is a Development Associate (stewardship and processing) at the CCPA National office in Ottawa. Find her on Twitter at @ArushanaS.