One solution to the transit death spiral is to make transit free for riders and find alternative funding. In the past decade, at least six towns in Canada have made public transit free on local routes, including three in Alberta. 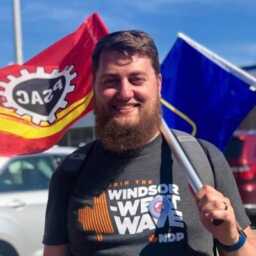 The COVID-19 pandemic has demonstrated the volatility of funding public transit through farebox revenues. If transit commissions believe that their operating budgets must be funded through fares, their transit services will be dependent on ridership. The public transit death spiral is the inevitable result of transit systems based on fares. A death spiral is a feedback loop that occurs when a public transit system—whose operating budget relies on farebox revenue recovery to balance—experiences a decline in ridership that results in cuts to service and increases to fares to recover lost revenue. The reductions in service and increased cost to ride result in a further decline in ridership and the cycle repeats.

One solution to the transit death spiral is to make transit free for riders and find alternative funding. If a consistent alternative method of funding can be found, transit services can be maintained regardless of ridership numbers. In the past decade, at least six towns in Canada have made public transit free on local routes.1 Three are situated in Quebec and the other three are in Alberta. For this article, I decided to focus on Canmore and Banff, two neighbouring towns in the Alberta Rockies, to highlight that free public transit can be accomplished, even in what is considered one of Canada’s most conservative provincial landscapes.

Canmore and Banff are serviced by the Bow Valley Regional Transit Services Commission, more commonly referred to as ROAM by locals. Alongside Canmore and Banff, ROAM services Improvement District #9 and connects to local National Parks such as Banff National Park. While not a voting member, Parks Canada has representatives on ROAM’s board and contributes significant financial support to ROAM. Prior to 2012, there were private contracts for transit in Banff that were operational during tourist seasons. Since its inception in 2012, ROAM has expanded from the two original routes to 10. There are five year-round routes, two of which are local routes in Banff, one local route in Canmore, a regional route between Canmore and Banff, and an express route between Banff and Lake Louise. There are five seasonal routes which connect Banff to local tourist attractions and campgrounds.
ROAM’s regional transit model has made public transit a success in the Bow Valley. The regional model allows each community to implement and fund their own local transit routes and allows for easier collaboration and cost sharing on regional routes. It lowers administrative costs to have the entire region under ROAM as opposed to having multiple commissions overseeing each town’s local and regional routes. For example, Canmore is responsible for the funding and operation of its local route and the route that it shares with Banff, but is not responsible for routes that do not enter its jurisdiction.

Addressing climate change and congestion go hand in hand. If the Bow Valley can increase public transit use, it will improve the area’s air quality, protect the environment and have fewer people driving around, creating congestion.

Like all communities across Canada, affordability is a top concern for this community. Public transit, and by extension free public transit, has been used by ROAM on multiple occasions to address affordability, as well as climate change and congestion. In its research, Canmore’s living wage index has tracked a dramatic rise in the cost of a living wage from $23.40 in 2015 to $37.40 in 2021. The only area that has seen a decrease is transportation.2 The introduction of the local bus route in 2016 coincided with a decrease in the living wage index from 2015 to 2017, meaning that life had become more affordable over that time. Due to the pandemic, they have been unable to track the true impact of free public transit on the cost of living.

Addressing climate change and congestion go hand in hand. If the Bow Valley can increase public transit use, it will improve the area’s air quality, protect the environment and have fewer people driving around, creating congestion. The region’s economy is predicated on the natural environment and protecting National Parks and Forests. People travel from all over to see the pristine ecology, and residents have a strong desire to protect it. Likewise, congestion can be a deterrent for tourists visiting downtown Banff and Canmore. While Canmore and Banff have populations of less than 15,000 and 8,000, respectively, on a yearly basis the region plays host to over four million visitors. During peak tourist season, the region can see an influx of 50,000 visitors in a single day, more than tripling its permanent population. It is difficult for this influx in visitors to be accommodated by downtown cores that were built in the 19th and early 20th century for much smaller populations. Here, free transit plays a vital role in crowd control.

Both communities have used free public transit to encourage visitors and residents to get out of their cars. In 2017, ROAM introduced Route 6, a seasonal route between Banff and Lake Minnewanka. To promote the new transit route, ROAM made the entire route free for the summer. In 2018, they introduced three free transit promotions. Routes 2 and 6 provided free one-way trips into town for guests at Tunnel Mountain and Two Jack Campgrounds. Route 8X, the express bus from Banff to Lake Louise, was free with the inauguration of its route in October and November. Lastly, Canmore made local Route 5 free in July and August and saw ridership increase a staggering 102.8% in July and 123.9% in August. The latter free transit promotion was by far the biggest and most impactful, as it opened the possibility for permanent free public transit in Canmore the following year.

Leading up to 2018, Canmore had organized many studies examining the town’s development. One of the key goals that they wanted to achieve was “emphasize placemaking, which puts a high value on creating places where people want to be.” When looking for solutions in the past, Canmore would have likely sought to build more parking. However, over the past 10 years, there has been a major shift towards diversifying transportation and creating more inclusive streets. These changes have been spurred by progressive councillors being elected to Town Council, but also out of necessity.

In Canmore, 85% of open space in the downtown is already devoted to roads and parking.

In 2018, Canmore Town Council was presented with the integrated parking management plan. The study found that parking was under-utilized, except for during tourist seasons and special events where parking became heavily congested. If Council wanted to build more parking, they would have to find space. Already, 85% of open space in the downtown is devoted to roads and parking. Land is expensive in the town centre and it would cost $5,000–$15,000 for each surface parking spot and $50,000–$75,000 for each structured parking space. Meanwhile, making public transit free costs $140,000 per year. The city could decide whether they wanted to build a 30-car parking structure that would likely be under-utilized, or provide free public transit for 10 years. With this perspective, free public transit became a low-cost alternative to building more parking.

But Canmore did not want the cost of free public transit to rest with residents. The plan was to implement free public transit in May 2019, followed by paid public parking in 2020. Reports showed that paid public parking would target visitors to the town as residents would get discounted or free parking. When COVID-19 hit, Canmore’s plans were required to adapt a scenario with far fewer visitors. They canceled the paid parking plan, but continued to pay for free public transit through reserve funds. While this has cost the town a lot of money upfront, Canmore’s Council believed keeping transit free was a necessity. First, they wanted to continue to provide transit, as it was an essential service for many frontline workers; and second, they believed that if they reimplemented fares, it would be much more difficult to revert to a free system following the pandemic. For two years, Canmore paid for free public transit out of reserve funds until paid parking could be implemented in 2022 to cover the cost.

The implementation of free public transit in Canmore gave Banff a local case study to learn from and gain inspiration. In January 2022, City Council gave the green light to make Banff’s two local routes free for residents. Following Canmore’s plan, Banff decided to use parking revenues to pay for free public transit. Unlike Canmore, Banff decided to start with only residents for two reasons: Banff has more buses and routes than Canmore with half of the population and Banff also has the Hotel Partnership Program. All hotels in Banff are eligible to participate in the partnership program. Participating hotels pay a set fee every month to ROAM, and all of their guests receive complementary bus passes. In 2019, the hotel partnership program paid for about 30% of Banff’s local transit. Banff’s councillors wanted to ensure that free public transit could be paid for without increasing taxes. If transit was made free for visitors, Banff would have to find a way to cover the lost revenue from the hotel partnership program. If another alternative method of funding were to be discovered, free public transit may be expanded, but for now Banff is taking it one step at a time.

The Bow Valley should be heralded as a leader in free public transit. It has been an overwhelming success and in the 2021 Rock Mountain Outlook’s Best of the Bow contest, free ROAM in Canmore was voted the best use of tax dollars. Even within a historically conservative landscape, towns have the power to implement free public transit if they are willing to take the chance. Everyone in Canmore and Banff can breathe easier because their municipal leaders took that chance. 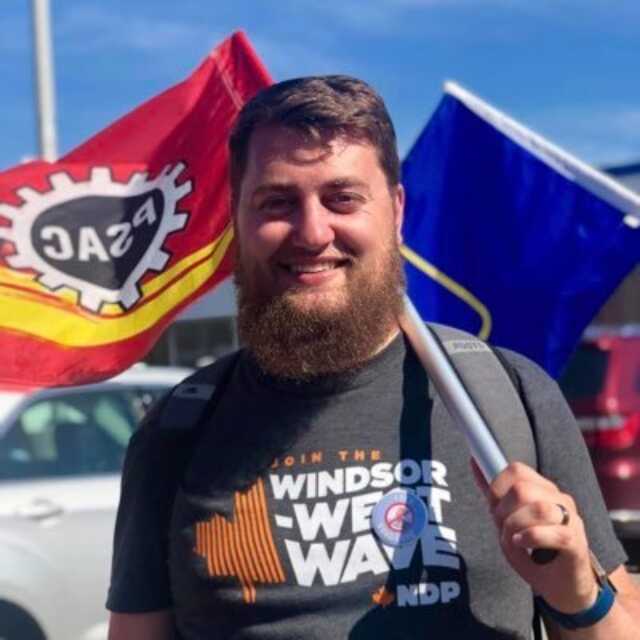 Ari Vangeest (he/him) is an activist situated in Toronto. He wrote his master’s thesis on