Who benefits from tax cuts in lieu of a $15 minimum wage? Not workers. 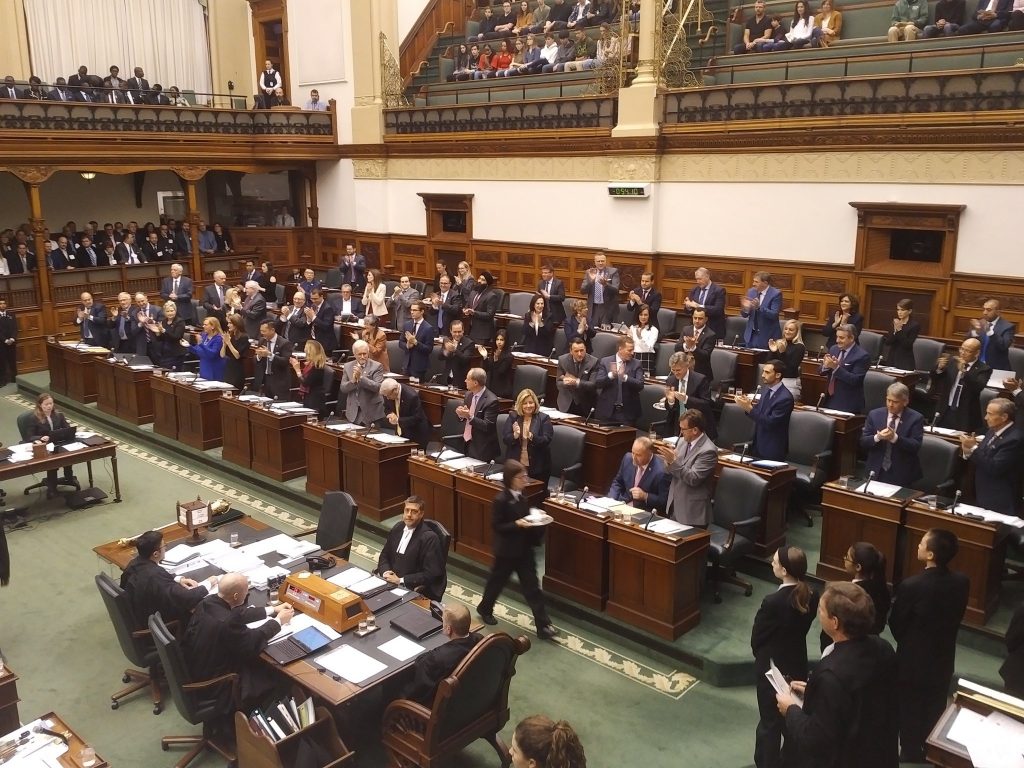 Provinces across Canada are either moving towards a $15 minimum wage or keeping minimum wages low while enhancing tax benefits for low-income families.

On Tuesday, the Ontario government confirmed that it is switching from the first to the second approach: it is cancelling a scheduled increase to $15, freezing the minimum wage for 33 months, and designing a plan to eliminate income tax for minimum wage workers.

Who stands to benefit from this reversal in approach? Not minimum wage workers.

Earlier this month Alberta became the first province to reach the $15 minimum wage mark, while Saskatchewan raised its minimum wage to $11.06, and Manitoba’s went up to $11.35.

Manitoba Premier Brian Pallister responded to criticism of its 20-cent minimum wage raise by pointing to his government’s recent increase in the basic personal tax exemption. "This is how you leave more money in the pockets of Manitobans," he said.

During the Ontario provincial election, the PC party promised to halt the minimum wage increase and, instead, take workers earning less than $30,000 off the income tax rolls. The PC estimated that a full-time minimum wage worker making $28,000 a year would save $817 in income taxes and that the new program would cost the government $500 million.

Using Statistics Canada’s Social Policy Simulation Database and Model, we’re able to assess who benefits from this plan. Short take: no one.

This analysis focused on Ontarians whose main source of income is low-wage work – those earning $30,000 or less (before tax).

Sixty-two per cent of these workers clearly stand to lose from the Ontario government’s approach: they would not pay any provincial income taxes in 2019 but with a $15 minimum wage they could take home as much as $824 more a year, depending on the number of hours worked. This group includes most part-time minimum wage workers.

The remaining 38 per cent are mostly full-time workers who would pay an average of $756 in provincial income taxes in 2019. They, too, stand to lose. Depending on the number of hours worked, their after-tax income would be between $214 and $750 more a year with a $15 minimum wage.

There are also design problems with the tax credit being proposed in Ontario.

The first is that tax payable is based on annual, rather than hourly, income. Someone who earns high wages for a couple months, such as a high-wage worker who retires in March, would also benefit from the Ontario government’s income tax proposal.

Second, low-wage workers would face a steep tax bill once their incomes pass the $30,000 mark. This sort of high marginal tax rate is a serious policy concern. Benefits are generally phased out in social programs, which adds to their cost and complexity.

This analysis estimates a government price tag of between $477 and $492 million, depending on demographic and economic growth projections.

But the question is, what could this money buy in public goods? How else could it be spent? Here are some examples:

This notion that income tax cuts leave more money in people’s pocket is flawed in at least two fundamental ways.

First, low-wage workers already pay relatively low taxes. So they are better off with higher wages that directly increase their disposable income.

Second, it undermines the value of what taxes buy minimum wage workers and everyone else: public services that would cost much more than individual tax contributions if we didn’t bulk buy them through our government. We’re all better off with these services.

Thinking about it, tax cuts are probably where the expression the cheap is expensive comes from.