The latest Survey of Employment, Payrolls and Hours (SEPH) tells the story of slow earnings growth in Canada. Average weekly Canadian earnings have not changed much between the months of February and March of this year.

But looking at average weekly earnings in Canada over the past year (March 2016 to March 2017) shows earnings only grew by 0.9 per cent — less than inflation.

This sad chart, which looks at average weekly earnings between 2015 and 2017, shows you what slow earnings growth looks like in Canada. 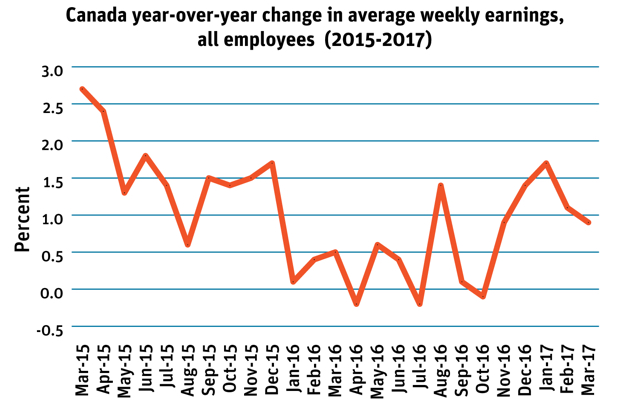 The story of slow earnings growth looks different depending on where you live, and it’s important to step back and look at the big picture. What’s happened over the past year in Canadian provinces (March 2016 to March 2017)?

Newfoundland, Saskatchewan, and Manitoba registered the fastest earnings growth over this period while New Brunswick, Nova Scotia, and Alberta saw a drop in earnings.

Among the provinces with year-over-year earnings growth gains, Ontario ranks among the lowest, at 1.3 per cent—just slightly above Prince Edward Island. 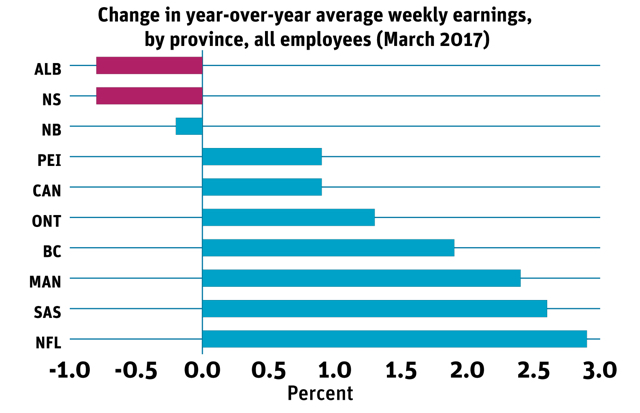 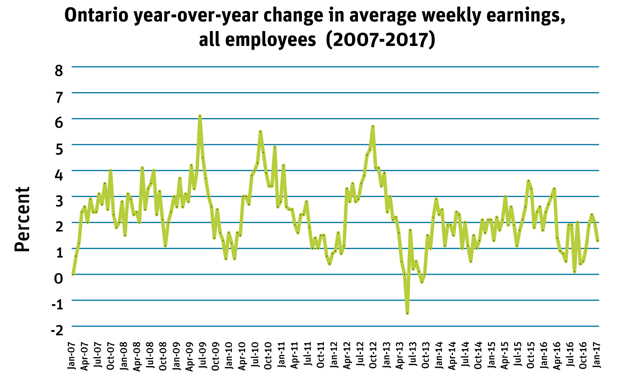 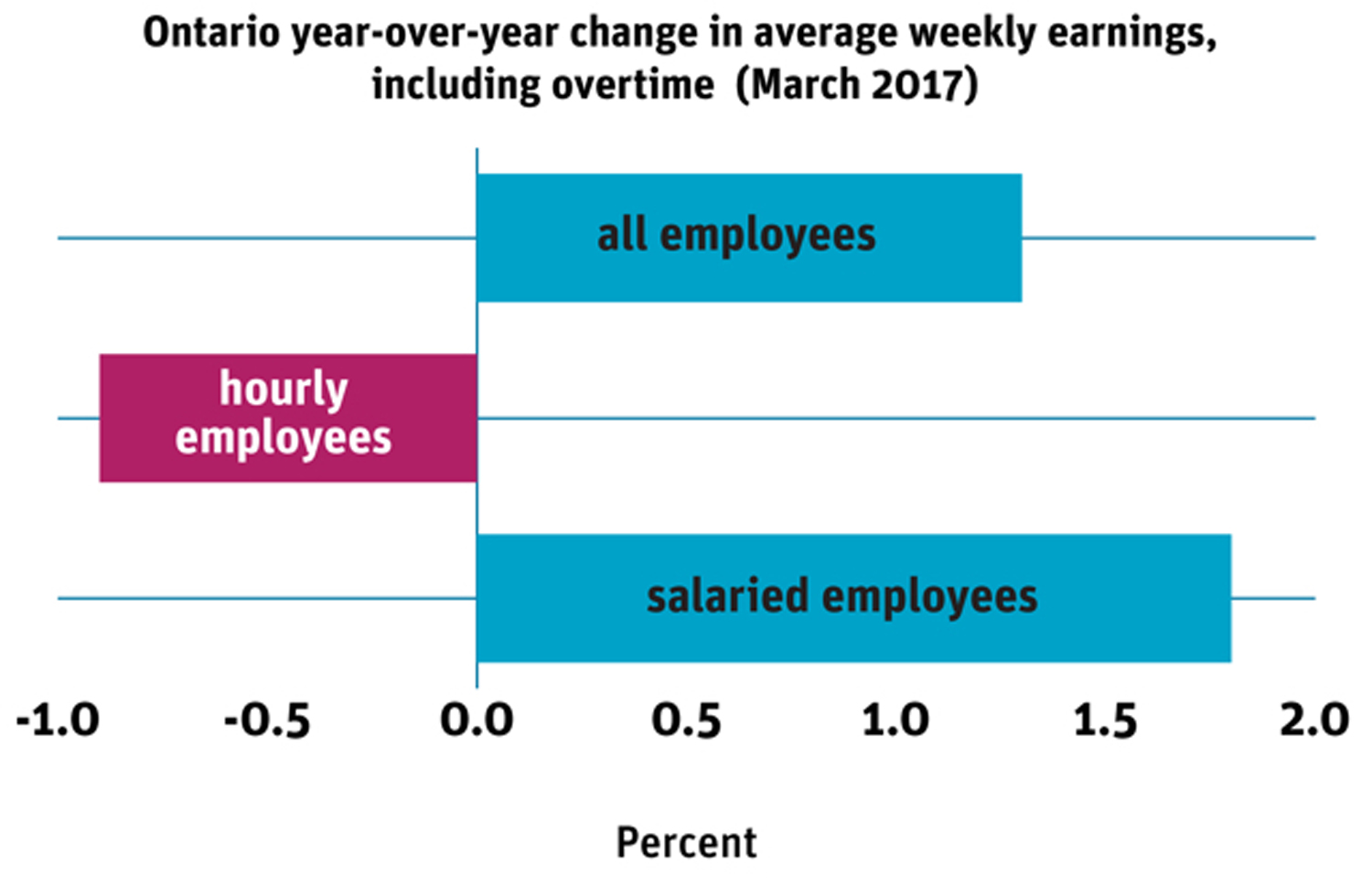 Not only is there evidence of earnings stagnating for Ontarians who are paid on an hourly basis, but it also shows a sharp year-over-year drop for Ontarians who work in industries such as utilities (-9.4 per cent), finance and insurance (-3 per cent), real estate and rental and leasing (-6.5 per cent), management of companies and enterprises (-1.6 per cent), and public administration (-2.3 per cent).

These are big swings in the data, which we will be watching closely to determine whether they represent a continuing trend.

Either way, it looks like Canada—and Ontario—needs a pay raise.