Seven reasons why privatization of public services is the wrong answer

Is the public really getting more bang for its buck? 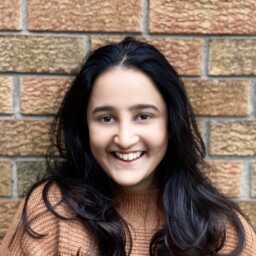 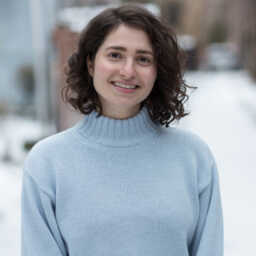 Myth: Privatization will save us money.

The claim that privatization saves government money is often repeated, but rarely supported by evidence. After over 40 years of governments privatizing and contracting out public services, there is a wide body of evidence showing that the cost-savings promised by privatization advocates rarely materialize. This is because of the largely hidden costs of privatization that governments often fail to include in their calculus. For instance, the “transaction costs” of monitoring private contractors, enforcing contract rules, negotiating change orders and litigating contract breaches are rarely included in the costs of privatization.

Similarly, “adverse action” and “non-compete” clauses included in privatization deals may require governments to pay penalties to private contractors for any government action that diminishes their profitability. For instance, after the City of Chicago privatized its parking meters, it was revealed the city had to pay the private contractor for any action the city undertook that might reduce parking use, such as street repairs, block parties and public parades.

It is not surprising, then, that governments around the world are increasingly returning previously privatized services back to public control, with insufficient cost savings and poor service quality cited as the two most common reasons for returning privatized services to the public. After a litany of complaints against private garbage collection, Conception Bay South, in Newfoundland and Labrador, returned waste services back to public control, realizing much higher resident satisfaction and an expected cost savings of $100,000 over the previously privatized service. Public services are not only cost competitive with the private sector, they often deliver higher quality service and ensure that public money remains invested in workers and and their communities.

Private firms are profit maximizing, which means they will only employ labour so long as they can profit off that labour. Therefore, the cost of labour must be lower or equal to the value of the output the worker produces. To lower costs, private firms are likely to pay workers lower wages or reduce the number of workers altogether.

These trends are not merely a reflection of the COVID-19 pandemic, as they are consistent with the data from 2019. In sum, privatization lowers wages for most workers and decreases the availability of stable and secure employment.

Myth: The quality of services will improve under the private sector.

Another common myth of privatization is that it will improve the quality of service. In fact, privatization is often responsible for the erosion of service quality, for a few simple reasons. Private contractors seek to deliver public services in order to make a profit. They often try to maximize their profit by offering lower wages, less benefits and more precarious working conditions than the public sector. These conditions lead to higher rates of turnover, less experience and low morale; not the conditions required to ensure a high standard of service delivery.

In fact, governments that have sought to return previously privatized services to public control cite poor service quality more than any other reason. Profit motives can further erode service quality by incentivizing unsafe or even illegal behaviour. After Alberta privatized its motor vehicle license and registration system, private registries were repeatedly caught accepting bribes in exchange for fake licenses and false certifications. More than 600 drivers on the road—many with fraudulent Alberta Class 1 semi-truck licenses—may not have been trained or even tested.

Privatizing public services also introduces another layer of bureaucracy between the public and the delivery of the service. Public complaints over a privatized service often have to wind through an extended game of telephone tag before reaching someone with the authority to effectively respond. In Saskatchewan, ordering a simple repair at a P3 school requires an elaborate service request system just to determine who is responsible for repairing what. All of these reasons conspire against privatization improving service quality and demonstrate why governments around the world are moving to restore public ownership and control over previously privatized services.

Myth: Proceeds from the sale of public assets will get us out of debt.

Fact: Asset sales can reduce the deficit in the short run, but won’t have significant long-term effects.

Asset sales are often a little more than an artificial reduction in the reported budget deficit. When an asset is sold for its real value, the government loses the same economic value that it gains from the sale. While the sale of public assets can reduce short-term government deficits, the one-time nature of the transaction means it has no significant impact on the remaining long-term government debt.

Provincial governments own a range of assets, some intended to generate a public service while the ownership of other assets is intended to turn a profit. When governments decide to sell an asset, they are surrendering, in some capacity, the control over a public service or losing a revenue stream. In situations where privatization results in the loss of a revenue source but government spending remains largely unchanged, the sale of the asset is unlikely to have a substantial impact on the net debt level.

In fact, privatization can often lead to more government spending in order to cover hidden and indirect contract costs, such as contract monitoring and administration of private firms. This outcome may be compounded by the uncertain sales price and inaccurate cost-benefit analyses; market circumstances may distort the estimate causing governments to receive less than the projected sales price.

Myth: Reducing the debt is an urgent government priority.

Fact: Governments do not prioritize paying off debt because there are few consequences to having debt.

Cutting services and selling assets to minimize debt ignores the reality that governments have substantial asset holdings that act as collateral. So long as governments still hold assets that have the potential to be sold off to repay their debt, there is little cause for concern. While the conversation about privatization has largely focused on the government’s responsibility to pay off its debt and has remained highly critical of all levels of government that have not prioritized debt repayment, little insight is provided as to why they might not make debt repayment a priority.

Modern monetary theory is a school of economic thought that challenges the notion that debt should be kept at a minimum and, instead, proposes that governments should not fear rising provincial or national debt. The government operates very differently than a household, meaning they are not subject to the same consequences to constrain their spending. High government spending means that households need to spend less to access the same services.

On the other hand, cutting government spending means that households become responsible for financing the service. The government can use its purchasing power to continue funding public services that increase the value of publicly held assets and support the province’s residents. Increasing the value of those assets is a valid alternative to paying off debt.

The increased efficiency that is attributed to competition introduced by privatization is generally overstated. Often, the asset is sold to a single firm, creating a natural monopoly, where no other firms offer the service—resulting in no competition whatsoever. Monopolies in the private sector mean that the public loses because the business is able to gouge them with higher prices and poorer quality of service.

The government is accountable to the public—private firms are not and, therefore, they can prioritize profits at the expense of the quality of the service or product. It is in a firm’s best interest to limit competition within the market in which they operate, as competition has the potential to highlight inefficiencies within the firm’s practices and loosen its stronghold on the business. For example, firms may secure non-compete causes that hinder competition and limit the government’s ability to make policy decisions that impact the private firm’s revenue stream.

Myth: It doesn't matter who delivers our public services.

Advocates of privatization often argue that it doesn't matter who delivers our services (private sector or public sector) as long as the services are delivered. But, as we have shown, the structures and incentives introduced via privatization often work against the public interest. Privatization creates low-wage workforces with little incentive to deliver quality public services. Privatization introduces the profit motive into public services, increasing the potential for risky, unsafe and even illegal work practices. Privatization adds another layer of bureaucracy between the public and elected officials, making service delivery less responsive to public needs and expectations.

There’s also the impact of privatization on our democracy. Democracy needs sunshine to survive. Yet the laws requiring our governments to operate openly and transparently do not extend to private business, even when they are doing the public’s business. Private contractors that deliver public services can claim commercial confidentiality, proprietary knowledge or third-party status in order to deny public access to their contract information. As we have seen, the information contained in these contracts is often of real concern to the public. Whether it’s P3 contracts that forbid schools from allowing preschools, daycares or community use, or privatization agreements that allow private toll road contractors to block improvements to competing public roads, this is information that any citizen would deem essential to their ability to deliberate on these issues.

By privatizing a public service, governments can “cloak” previously accessible information and records from public scrutiny, undermining the very notion of open and transparent government. By limiting or denying the information that citizens can access from their government, privatization erodes the ability of citizens to make informed policy choices and diminishes our democracy. 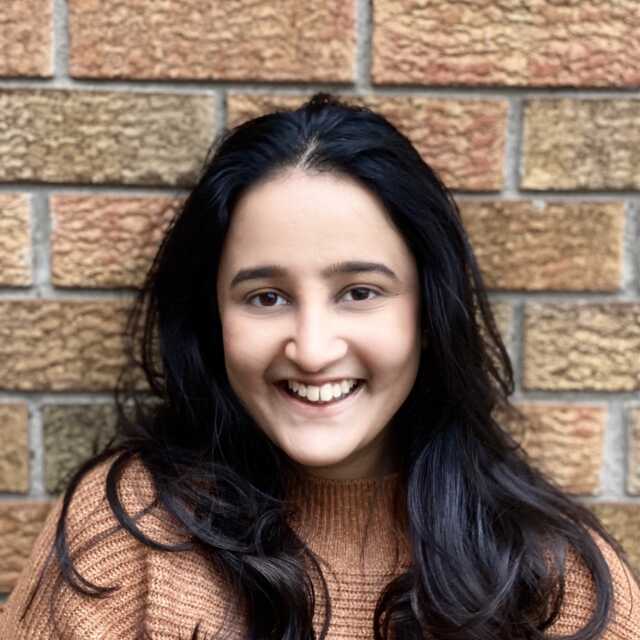 Saamia Ahmad (she/her) is an economist at Vivic Research. Her interests within economics are income inequality, shared prosperity, and advancing human welfare through progressive economics. 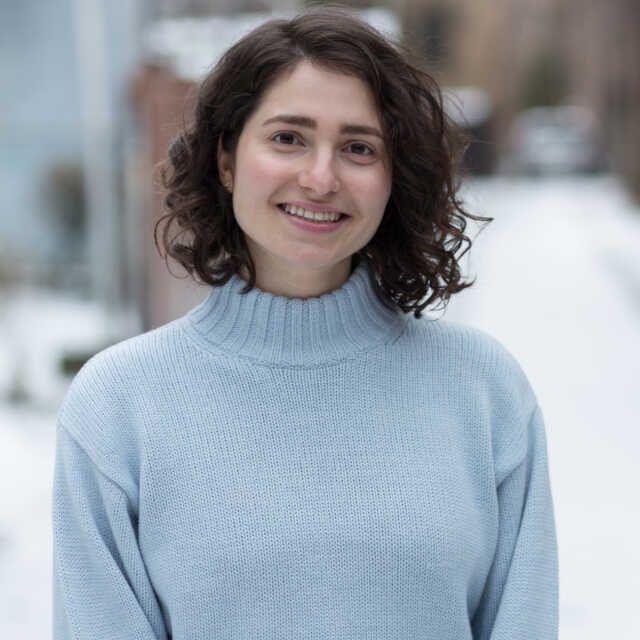