Beyond baguettes and berets: Imagining an anti-racist and culturally relevant French curriculum 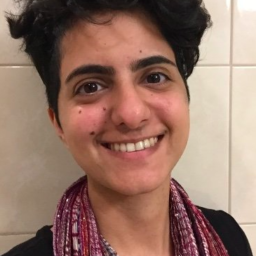 The need to apply anti-racist and anti-oppressive lenses to education is slowly becoming recognized and accepted by Ontario school boards, and some large school boards in southern Ontario have started buying culturally relevant texts to support their English language programs.

However, in spite of these gains, Core French as a Second Language (FSL) classes tend to remain Eurocentric, only occasionally Canadian focused, and usually heavily invested in white Francophone cultures.1 While most French classrooms feature an Eiffel Tower or a French or Quebec flag postered on the walls, far fewer classrooms are likely to have a map of La Francophonie highlighting the places where the majority of our new French speaking immigrants come from. It’s even less likely that classrooms would have a map of Canada highlighting the many different communities, especially Indigenous communities, where French is spoken.

Even a cursory look at the numbers indicates that centering white French or Quebecois cultures in Ontario FSL classrooms does not reflect the lives, backgrounds or realities relevant to many of our students. Today, the majority of the French speaking population worldwide is not white, and not from Europe or the Americas.

Further the majority of French speakers immigrating to Canada, and Ontario, are also not white.

2011 Statistics Canada Study
74,500 French as a First Official Language Speakers (FOLS) immigrated outside of Quebec
55% of this group were visible minorities
34% of all (including White) French FOLS immigrants identify as Black and 8% as Arab
The majority settled in major cities such as Toronto, Ottawa and Vancouver
(Houle et al., 2017)

Yet, the majority of our FSL programs do not reflect the diverse origins of French speakers and communities in Ontario.

Many Core FSL teachers might contend that all they are doing is teaching the language, usually at the beginner to intermediate level, and that history and culture should not be the focus. Yet, the reason we learn a language is to connect and learn more about other people, their histories, their cultures and their media.

How White Eurocentric Curriculum Pushes Students Out of FSL programs

French-speaking Indigenous, Black and non-white racialized children who speak French rarely, if ever, see their identities, their histories, and their stories featured in the FSL classroom. Similarly, Black and non-white racialized children from families who don’t speak French often don’t realize that the majority of French speakers globally look more like them than they would initially think.

And if students come to my grade 9 French class unaware that the majority of daily French speakers around the world and immigrating to Canada are from a variety of backgrounds, they are less likely to be interested in continuing learning a language that they believe is narrow in scope and international relevance.

This is borne out by the research: in the Toronto District School Board French as a Second Language Program Review: Developmental Evaluation published in December 2018, the research and development team found that: “Only 30% of French Immersion students felt represented in French-language resources, and even fewer Extended and Core French students (25% and 20%, respectively) felt represented.”

This disconnect between French as it’s portrayed, and the broader and diverse context of who speaks it, where it’s spoken (and why) and who is learning it, is underscored by the choice of textbooks, fiction, non-fiction and media texts available to most schools.

Because the current 2014 Core French curriculum for grades 9-12 focuses predominantly on skills, teachers’ choice of texts to enhance and illuminate those skills is absolutely crucial to delivery of the curriculum. However, most popular books and films in Core French courses such as Le petit Nicholas, Le Petit Prince, Le Fantôme de l'Opéra, Les choristes, L'Étranger, Tintin, and Astérix focus on white characters with occasional racist stereoptying of non-white people’s identities.

Popular Core French textbooks such as Sans Frontieres, Express 9e that are slowly being phased out are white centric. Some newer textbooks such as Tu Parles, Quoi de neuf, Connexions also remain white-centric although they have incorporated tokenistic mentions of other cultures in some lessons as well as use images of students of different races...but this is hardly a first step to developing deep intercultural understanding. None of these popular textbooks discuss the history or impact of French colonialism on various parts of the globe where French is spoken, collectively known as La Francophonie. Nor do they celebrate the rich cultures, histories, and accomplishments of French speaking communities around the globe.

Although the current Core French curriculum does include the overall expectation “Intercultural Understanding” in each of the four curricular strands -- Listening, Speaking, Reading and Writing -- this expectation is addressed in an ahistorical way, which means it is often tokenized. Currently students are asked to consider “Africa and Asia’s contributions to La Francophonie,” in grade 9 (which is the last year of mandatory French), but not the historical context or effects of colonialism or specifically why French has become a language widely spoken around the world. In fact, apart from a vague direction to learn about cultures and sociolinguistic conventions from “Asia and Africa”, no specific content is referenced or included in this section. However, without specific content to cover, teachers’ treatment of intercultural understanding often remains tokenistic and at best a vague attempt to include different cultures.

Further, the current Core French curriculum does not address learning about Indigenous French-speaking communities and the effects of colonialism, residential schools, and genocide on Indigenous cultures, languages, and peoples in any of its overall expectations. Applying the Truth and Reconciliation Calls to Actions (62 and 63) when the curriculum is updated is an imperative first step toward truth and reconciliation.

An FSL classroom with a genuine interest in intercultural understanding2 would also consider France and Canada’s roles in slavery, genocide, stealing of land and cultural artifacts, continued settler colonialism by Canada on Indigenous peoples’ lands and continued colonialism by France in Africa and the Caribbean. Perhaps even more crucially, it would consider the power, resistance, and survival of peoples globally and at home.

If we were to incorporate culturally relevant pedagogy, as outlined by Gloria Landson-Billings, into how we teach French, we would celebrate the many different cultures and linguistic identities of people who speak French at home in our classrooms and around the globe. Particular attention would be made to how French and its vernaculars is actually used by different communities migrating to and settled in Canada.

A further examination of geography, politics and policy on histories of impoverishing communities through racist immigration laws, and contemporary economic exploitation of former colonies through military and trade threats could be made at senior levels by teachers and students interested in social justice education.

Because this material may be difficult to incorporate without guidance, rather than integrating “Intercultural Understanding” into the existing four strands, I suggest making this into its own (fifth) strand in the next curriculum update, which would allow for more direction in regards to content. The overall expectations of the new strand would include the histories, cultures and sociolinguistic uses of language of various French-speaking communities. (See sidebar for examples.) Note that this is my preliminary attempt at thinking about future Core French curriculum; any formal curriculum writing must be written in consultation with French speaking Indigenous and Black communities in Ontario.

Building a Stronger French as a Second Language Program

Imagine students’ engagement if we truly decentered white Eurocentric pedagogy entirely and explored the breadth of experience and knowledge to be found in learning about different peoples and their cultures around the world and as they immigrate to Canada. The shifting educational landscape provides educators and education advocates with an opportunity to truly engage in anti-racist, anti-oppressive education through a culturally relevant pedagogy.

The language classroom is a very special place, with the particular freedom of being able to engage with students in learning about their world through the process and practice of communication. Decentering colonial learning of the French language and centering learning about diverse peoples’ histories, cultures and communities engages students, and underscores the relevance of learning French.

Educators can choose to build an anti-racist practice, or uphold the colonial status quo, but the process of learning language is never neutral.

E1.1. Introduction to the history of French colonialism in Canada, including treaties, Indigenous rights and history and legacy of residential schools

E2.1. Introduction to the history of French colonialism globally and its effects on Asia, Africa and the African Diaspora; French as a lingua franca

E2.2. Learning about aspects of various histories, peoples, cultures and languages (including Creoles, Pidgins and Vernaculars of French)

E3. Learning about French-Speaking Communities in and Migrations to Canada

E3.1. Introduction to contemporary histories of communities that move from various parts of la francophonie to Canada; specific attention to African, Caribbean and Asian French-Speaking communities

E3.2. Introduction to human geography: consideration of socio-political, socio-economic and environmental factors of French-Speaking communities who migrate to Canada and the impacts of colonial histories

E3.4. Learning about and/or connecting with Canadian and immigrant French-Speaking communities, organizations, media

2 While this aspect of the curriculum could be delivered in French for students in Extended or Immersion French, I believe that, depending on students’ proficiency, using English or students’ first languages in conjunction with French in Core French programs is permissible to deliver this crucial information about the development of the French language worldwide.

Author’s note
I would like to thank J. Boland, A. Cloutier, V. Dinh, B. Farhadi, K.
Gharaee-Kermani, A. Jafri, A. Phagoora, E. Shaker, M. Treichel, and
I. Mahathantila for providing resources and testimony, editing the
text and shaping the thinking around new Core French curriculum.
Un grand merci. 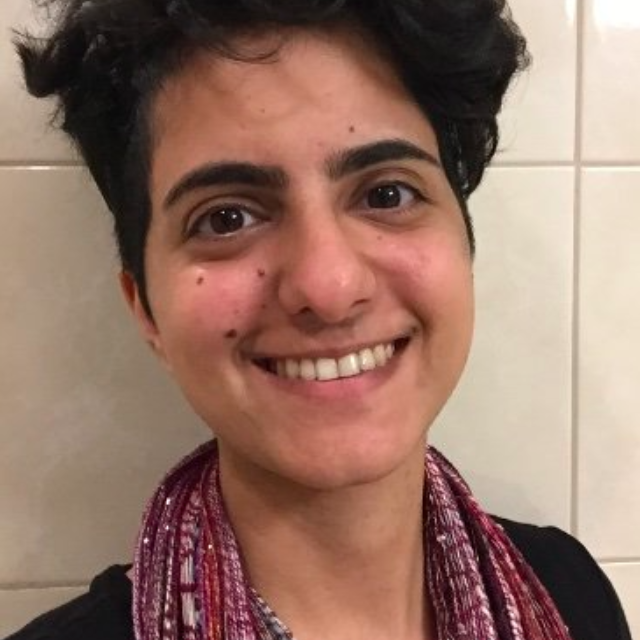 Natasha Faroogh is a secondary school French and English teacher in Ontario. She can be reached on Twitter @natasha_faroogh