Why Canada's long-term fiscal prospects are not a hot mess 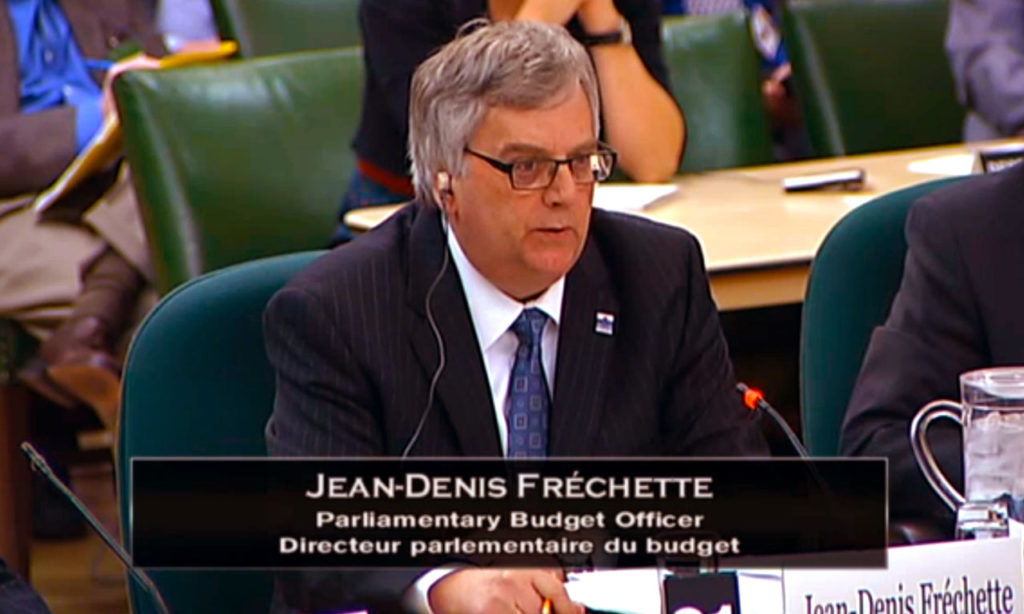 There's been so much bad economic news in the past few days, it kind of feels normal to hear more of it. And pointless. It blurs into the same message: Things will be getting a lot worse (later). Move along.

So yesterday, when Canada's business press blared, “Canada's Overall Fiscal Sustainability Turns Negative,” “Canada’s government spending is now on unsustainable path, warns PBO,” and “Budget watchdog warns of deteriorating provincial finances,” it was easy to consider not even clicking past the headline.

That would be a mistake.

There are four things readers, the business press and analysts who produce such reports should consider about the fiscal health of Canada if we are to avoid becoming a hot financial mess in the long term:

What is fiscal sustainability?

For the PBO, "fiscal sustainability means that government debt does not grow continuously as a share of the economy." The goal is to keep net debt-to-GDP ratios at current levels over the long term (33.7% for the feds, 32.5% for subnational governments).

Why are provincial governments in so much trouble?

The PBO rightly points out that it is not the level but the trajectory of change that is troubling. Federal debt is tending toward zero (or even net assets), and provincial debt is tending to apocalypse. This prospect is no accident. It is by policy design.

Retrenchment from the fiscal federation began with the Mulroney Conservatives, who started rolling back federal responsibilities to the provinces for social programs from the mid 1980s and eliminated federal contributions to unemployment insurance in 1990. It accelerated with historic federal budget cuts in 1995 under the Chretien Liberals, triggering a cascade of devolution that downloaded the buck (but not the bucks). It deepened further after 2006 under the Harper government, which sought to reduce the federal presence in areas of provincial jurisdiction.

The federal role within the federation has changed in the past generation. It can again change. Indeed, this is one of the clear possibilities suggested by the findings of the PBO report.

Let's admit no one knows how to forecast spending trends for 30 years with any accuracy. The PBO analysis simply takes average annual growth rates in population, inflation and spending over the past 30 years and applies that rate to the next 30 years. I humbly suggest this is not sufficiently nuanced.

Governments have talked about the "sustainability" of health care, i.e., trends in government expenditures of publicly insured care, for over 15 years now. Since 2012, things seem to be changing.

Data from the Canadian Institute for Health Information (CIHI) shows that some provinces are actually "bending the health care cost curve," with rates of growth below that of population growth and inflation. Ontario is one of these provinces. The reasons are (mostly) not nefarious, and illustrate why recent trends are likely not a blip:

These steps are happening to greater and lesser degrees across Canada. They represent the future of health reform, and can lead to both better health and lower cost.

Let me add a wild card: physician-assisted death. Boomers want as much control over the way they will die as over the way they now live. I know this well because I am part of the boomer generation. Per capita health spending spikes at two points in the lifecycle: at the beginning and end of our lives. We have no idea what the take-up rate will be for self-determining decline and demise, but it will be more than it is currently. Consequently, rising costs will be offset somewhat by the phasing out of the boomer generation. The PBO obviously can't say that, but I can.

Simply put, when it comes to health care, what has been for the past 30 years is not what will be for the next 30 years. Health care is not the only consideration for how public spending will change, but it is the biggest; "futures" analysts like those at the PBO might be able to improve their forecasts. My suggestion: weight recent years more heavily than earlier years. Or explain why that's a bad assumption.

Who's going to pay for all this? The role of immigration.

How our fiscal future will pan out depends on your long-term assumptions on the spending and the revenue sides, as well as the federal/provincial fiscal balance.

You now know why I think assumptions on the spending side are probably overestimating where we're headed. What about the revenue side, and the projections for population growth?

If nothing changes, an aging population means revenues will shrink as a bigger cohort of the population retires and adjusts to lower incomes (spending less, paying less tax). The PBO assumes nothing changes; that the rate at which the population will change because of net immigration over the next 30 years is essentially the same at it is has been for the last 30 years.

That is very unlikely. The pace of change has accelerated dramatically in the past few years. Include temporary foreign workers and the growth in the number of newcomers to our labour market tripled since 2006—and we're not yet at peak retirement.

Revenue growth is not so simple as add people and stir, because you can add people in two ways:

The second option provides more workers, paying more taxes, with fewer costs, fewer dependents. It also creates a growing us/them dynamic that can backfire, as we have seen in other nations with long-standing migrant worker policies.

This is the big debate that we will soon be having about the role of immigration policy: is it for covering costs, or building a nation? The answer will shape the Canada Project of the 21st century.

Whereas it is impossible to forecast accurately, the PBO report doesn't even really try to predict this critical indicator of future fiscal potential. Like health care, my modest suggestion is to go beyond straight-line assumptions, and weight the recent past more than data from the 1980s.

Why we need a Great PBO and a Great Business Press

This may not be obvious, given what I’ve just said, but I think the PBO report is actually very important. Every rich, aging nation is facing tough realities in the coming years, and slowth isn't making it easier. The PBO report tells us where the problem is biggest (at the provincial/municipal level); how big it is (not very, across all governments); and how easy it is to fix (very, if we do it now; much harder if we're in our walkers before we start moving).

That's exactly the type of information that can be used constructively to minimize problems and friction between generations and regions.

One last thing: I'm a huge supporter of the Parliamentary Budget Office's work, and was an advocate for such an institution long before the PBO came into existence. Since the late 1990s and early 2000s, an era of absolutely predictable "surprise" surpluses in government budgets at the federal level, I've been among the many economists across the political spectrum calling for an organization with the technical capacity, and at arm's length from government, to describe as neutrally as possible the state of public finance and the costs of different policy alternatives.

We need the PBO, and we need it to work well. So these observations are offered in the spirit of helping it do an even better job than it is now doing. I hope, too, that some journalists might consider some of these questions, to help bring the public into public policy discussions with more light than heat.