Out of service: The case for a renewed STC 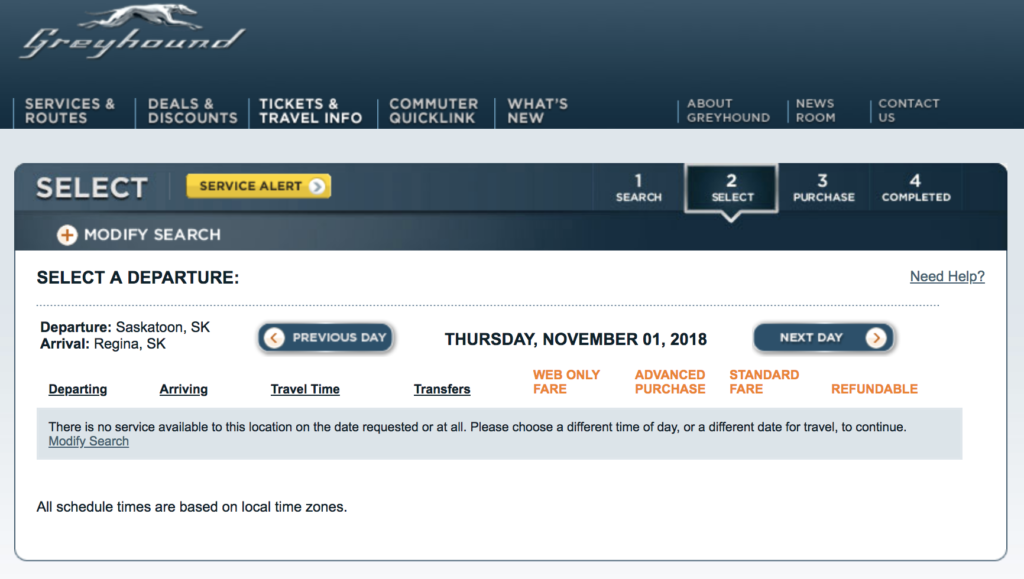 With Greyhound Canada's announcement that it will suspend all bus service in Western Canada, the Saskatchewan government's insistence that the private sector can effectively provide inter-city transportation is looking more and more like wishful thinking.  In the wake of the Saskatchewan government's decision to wind down the Saskatchewan Transportation Company (STC) in 2017, Minister Joe Hargrave expressed confidence that private operators would step up to fill the demand. But one year later, the province's privately-operated inter-city bus service is a shell of its former self. Private passenger companies currently serve only 28 communities compared to STC’s 253 points of service, with only two companies offering regularly scheduled service. For those commuters outside the sparse and irregular private system, inter-city travel must be cobbled together through ride-sharing, taxis or hitchhiking—with all the attendant anxiety, uncertainty and danger such options entail.

Bus transportation in Saskatchewan is never going to be a particularly profitable endeavour. We are an enormous province with a relatively small, scattered population. Only a few transportation routes—like the Regina to Saskatoon corridor—have the potential to make a private operator any money. Surely the government was aware of this reality when they expressed their misplaced confidence in the ability of the private sector to replace the STC. Rather than continue to hope that the private sector will somehow benevolently offer services that remain unprofitable, let's return to what works, use those more profitable high-volume routes to help subsidize service to smaller, rural population centres through a re-vamped STC.

There is no doubt that a renewed STC will need subsidies, but that is the price we as a society should be willing to pay to ensure that all of us have an affordable and safe option to travel within our province. And despite the government's constant hand-wringing over the cost of the STC subsidy, it was remarkably cost-effective relative to municipal transit systems. The STC's final Strategic Business Plan observes that only 49 percent of its expenses were covered by operating grants from the government, compared to 72 percent for the City of Regina and 64 percent for the City of Saskatoon.

As a province, we have a remarkably rich history of employing government resources to ensure everyone in our province has access to essential services when the private sector has failed to provide (telecommunications, electrification, transportation, etc.). Here is a service that is desperately needed by many of our most vulnerable residents that can only be adequately provided by government. Perhaps it's time for this government to remember that history.