Oil profits, pipelines and the human cost of regulatory capture 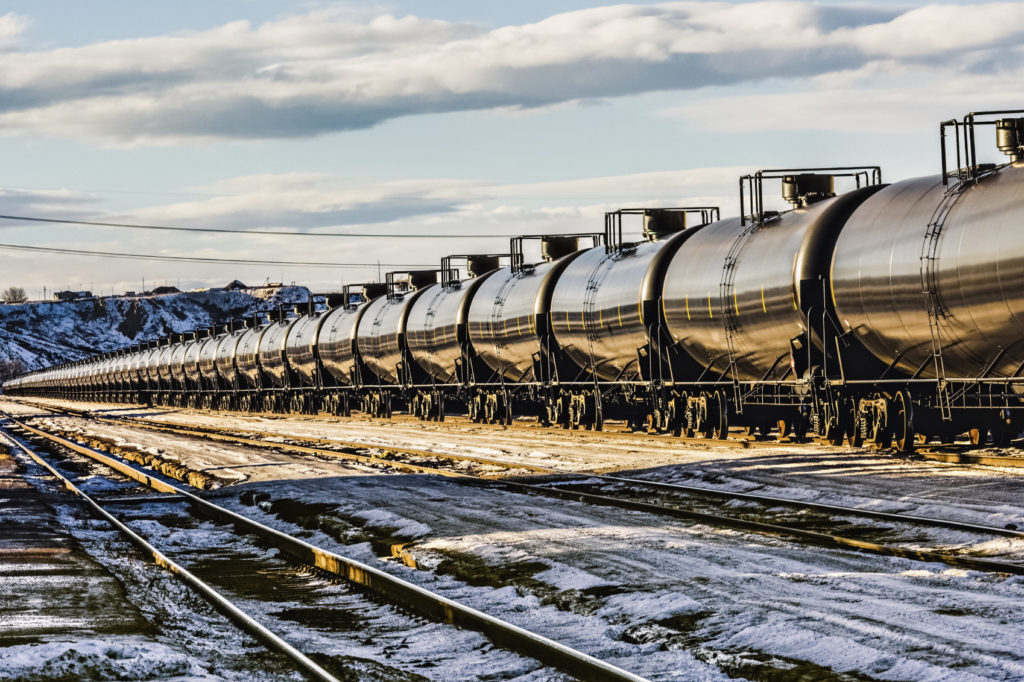 The Canadian public overwhelming believes that government’s first priority is to protect their health, safety and the environment. They do not trust corporations to regulate themselves, believing that they will privilege profits over safety. (See the CCPA report “Canada’s Regulatory Obstacle Course” for polling data.) Only after a major disaster does the public lose confidence in government’s ability to protect them. And only then do flaws in regulatory regimes come to light.

Despite the rarity of such events, the regulatory failures behind major disasters have common features that interact with and reinforce each other. It’s because of these commonalities that we can link the U.S. financial crisis, the 2010 Deepwater Horizon and 1982 Ocean Ranger oilrig disasters, nuclear meltdown in Fukushima, the 1992 Westray Mine explosion, and of course the devastating 2013 derailment in Lac–Mégantic. In each case we find vague regulations, a lack of inspections (to verify compliance with safety measures), the inability to enforce the rules or penalize those caught breaking them, corporate unwillingness to follow up on violations of company rules, and evidence of regulatory capture.

This last element is fundamental, but too frequently ignored. Regulatory capture exists where regulation is routinely designed to benefit the private interest of the regulated industry at the expense of the public interest. A regulator can be deemed captured when industry is routinely able to shape the regulations governing its operations, block or delay new regulations, and remove or dilute existing regulations that may adversely—and usually inadvertently—affect costs. Yet strangely, the concept is largely invisible in the lexicon of policy-makers. When I mentioned regulatory capture last week before the Senate transport committee, one Senator thought I was talking about the Stockholm Syndrome.

There is substantial evidence (about which I’ve written elsewhere) that regulatory capture was a contributing factor in the Lac-Mégantic rail disaster. There are also signs it has infected other sectors.

Drug safety expert and CCPA research associate Joel Lexchin identified the mid-1990s as a turning point for pharmaceutical regulation in Canada—the moment public safety was subsumed under Big Pharma’s bottom-line interests. Under government orders to cut costs, Health Canada began charging user fees to drug companies for reviewing new drug applications. As a result, the regulator became dependent on the companies it was regulating for a big portion of the money needed to run the drug regulatory system.

More recently, a CBC investigation exposed how tax accountants, including KPMG executives, were wining and dining Canada Revenue Agency officials at the same time that they were being investigated for a tax avoidance scheme in the Isle of Man. Independent researcher Ellen Gould has uncovered similar evidence of collusion between the U.S. Coalition of Services Industries (CSI) and government negotiators from a number of countries involved in Trade in International Services Agreement  (TISA) negotiations, to which Canada is  a party. In fact, most trade agreements are written by and for the corporations whose activities they will eventually regulate, with no or very little input from other affected groups.

Under the last government, the Canadian public got used to stories of regulatory capture in the energy sector, though it was rarely explicitly named as such. Former BC Hydro chairman Mark Eliesen withdrew from the Kinder Morgan pipeline hearings, claiming the National Energy Board was captured by the oil and gas industry, and sacrificing the public interest for private infrastructure needs. In his investigative series for the National Observer, journalist Mike de Souza found separate instances of the NEB agreeing to either remove potentially incriminating paragraphs or neutralize the language in audits of Enbridge and TransCanada pipeline spills. (The NEB approved the doubling of the Kinder Morgan pipeline on May 19, declaring it “in Canada’s public interest.”)

Regulatory capture thrives in an environment where government is ideologically committed to free-market deregulation. Previous Liberal governments have advanced the project stealthily, using nuanced terms like “smart regulation.” The Harper government put deregulation on the front burner, launching a “Red Tape Reduction Commission” mandated to reduce the costs of regulation to business. The commission’s eventual report was the basis of the government’s 2012 Cabinet Directive on Regulatory Management (CDRM), which established marching orders for deregulation across government.

Sean Speer, a former advisor to Prime Minister Harper, described the government’s approach as regulatory budgeting. The idea was that regulatory bodies should price their “regula­tory expenditures” in the same way they would fiscal expenditures.  The government allocated budgetary limits on regulatory expenditures; if a regulator exceeded them the costs of new regulation would need to be offset through the “savings” produced by cuts to existing regulations. According to Speer, Harper personally championed this deregulation initiative during its conception and development.

The new approach was operationalized through a “one-for-one” rule that required departments and agencies to offset every new regulation by removing an older rule somewhere else. A metric was devised to measure the cost to business of regulation and produce scorecards to quantify progress in reducing costs. To ensure that bureaucrats did not stonewall the government’s plan, an external watchdog committee was struck composed of business representatives and deregulation advocates.

The 2015 federal budget reported that regulatory budgeting via the “one-for-one” rule was responsible for “saving Canadian businesses over $22 million in administrative burden, as well as 290,000 hours in time spent dealing with red tape.” The Harper govern­ment tabled legislation formalizing the policy in January 2014 and the Red Tape Reduction Act came into force in April 2015. Canada became the first country anywhere to entrench this deregulatory technique in law, with strikingly little parliamentary opposition.

The extent to which regulatory capture, and the government’s 2012 cabinet directive, contributed to the failures leading up to Lac-Mégantic is, as so much about that disaster, still unknown. The recent $460-million settlement of the class action and wrongful death lawsuits against 25 defendants, including the federal government, shielded Ottawa from the threat of further legal liability. It also shut down major avenues of inquiry into what happened and why, eliminating the means to compel witnesses to testify and force new information to light.

The people of Lac–Mégantic have called repeatedly for an independent inquiry, as prompted by numerous other Canadian disasters. On top of those listed above, there were the 1986 Hinton collision between a CN and Via Rail train, the tainted blood scandal of the early 1980s and the E. coli outbreak in Walkerton, Ontario of May 2000, which received either judicial inquiries or a royal commission. Why shouldn’t Lac-Mégantic get the same treatment? When you combine the large loss of life, destruction of property, and environmental damage, this was an accident without parallel in Canadian history.

The fact that companies have always been powerful players in the regulatory process does not, by itself, constitute capture. However, capture is more likely when the regulatory body is too weak to act as a countervailing force to the industry. As such, there are measures governments can take to resist.

For example, agencies need to be well funded, with professional expertise capable of assessing the validity of industry regulatory proposals, and they should be able to make their own decisions based on best evidence consistent with their public interest mandate.  Canada’s regulators need to be able to seek out independent information sources rather than having to rely on information provided by the industry.

Beyond funding, we need stronger measures to address the flow of industry personnel to regulatory bodies. These might include a more effective conflict-of-interest system, internal training and career development programs, and robust whistleblower protection to ensure that employees who come forward with safety concerns will not be threatened. The company information and power advantage could also be counterbalanced with greater transparency, information disclosure, and a more open regulatory consultation process involving citizens groups, municipalities and independent experts.

Finally, policy-makers need to assert the indispensible role of regulation in protecting public health, safety, and the environment. As mentioned at the outset, it is a message the Canadian public would warmly welcome. For too long, regulation has been disparaged, labelled a cost to business, red tape, an obstacle to competitiveness and growth, a “silent job killer.” It’s time to restore the reputation of regulatory practitioners and their essential role as guardians of the public good.

Bruce Campbell is a visiting fellow at the University of Ottawa Faculty of Law, on leave from the Canadian Centre for Policy Alternatives, and the 2015 recipient of the Law Foundation of Ontario’s Community Leadership In Justice Fellowship.